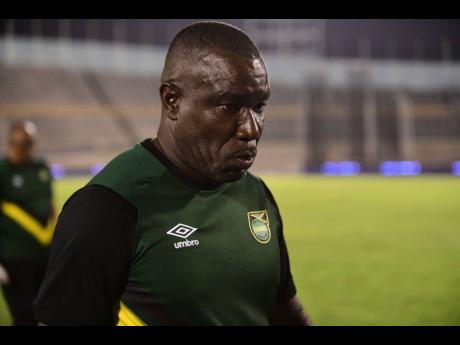 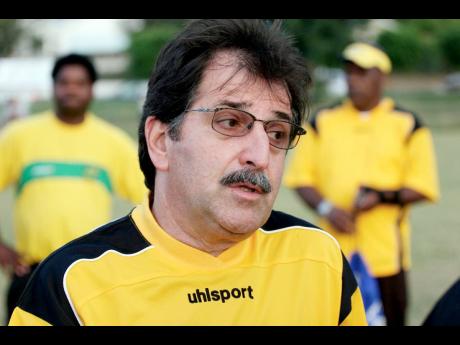 PART of the rhetoric surrounding Jamaica’s Concacaf World Cup qualifying football match involves Honduras being a graveyard for the coaches of Jamaica’s senior men’s national football team. This has taken sharper focus due to word going the rounds...

This has taken sharper focus due to word going the rounds and the question being posed to current senior men’s national football team head coach, Theodore ‘Tappa’ Whitmore, during a press conference preceding Jamaica’s 0-0 draw against Canada at the National Stadium in Kingston on Sunday. It was postulated that a gain of five points or less would not be suitable for his employers, the Jamaica Football Federation (JFF), in this three-match October FIFA window.

Jamaica lost one of the games 0-2 against the United States and drew 0-0 against Canada, which makes the target impossible. Thus, the question remains.

Whitmore, however, stayed focused on the match at hand and answered: “Theodore Whitmore has always given 110 per cent and come tomorrow it will be no different.”

Whitmore has had several stints coaching the Jamaica senior team, leading the Reggae Boyz to 53 wins and 20 draws, representing a win per cent of 46.90 to be the country’s most successful coach.

Incidentally, with Jamaica still bottom of the table on two points from five matches and today’s contest at the Estadio Olimpico Metropolitano in San Pedro Sula still in the balance, the nation is watchful of this situation that is none too familiar.

No fewer than three men headlining the Reggae Boyz charge for a World Cup spot have been ousted in the Central American country.

First up was Brazilian Clovis de Oliveira, the technical director who was cut by former JFF president, the late Captain Horace Burrell, after Jamaica’s 0-1 loss to Honduras on September 4, 2001 at the National Stadium in Tegucigalpa, when Chris Dawes put a goal in his own net.

Having lost the previous match 1-2 against Mexico, de Oliveira said he was “not bitter” at the dismissal and went on to say “... working in Jamaica was the best time of my professional life”.

One of the most shocking, but understandable dismissals was that of another Brazilian, Rene Simoes, who had endeared Jamaican hearts as technical director of its football programme when the country historically qualified for its only World Cup Finals appearance at France ‘98.

Simoes was a big time fan of Burrell, who had brought back the Brazilian he described as “his friend” to head up the football campaign for the 2010 Finals in South Africa.

However, with the Jamaica team languishing bottom of the standings after another loss, 0-2 against Honduras on goals from Ramon Nunes (65th) and Armado Guevara (73rd) at San Pedro Sula’s Estadio Olimpico on Wednesday, September 10, Burrell convened a press conference at the airport the following morning to announce Simoes’ sacking.

With players such as Ricardo Fuller and Jermaine Hue in the form of his life and a youthful Je-Vaughn Watson watching from the bench, a teary-eyed Simoes accepted blame for the campaign’s failure, saying “it’s my fault”.

Whitmore’s removal in Honduras on Wednesday, June 12, 2013 was less dramatic, with the coach accepting Burrell’s position that he should resign after a 2-0 loss the previous night at Tegulcigalpa’s National Stadium - through strikes by Boniek Garcia (10th) and Roger Rojas (88th).

The loss kept Jamaica rooted at the bottom of the standings on two points from six matches, a position not too dissimilar to this current standing.

“Once you’re hired you can be fired,” Whitmore accepted, which, eight years on, remains part of the rhetoric for another FIFA World Cup qualifying game in Honduras.