We are warriors! – Whitmore

Coach calls for commitment and determination against Hondurans 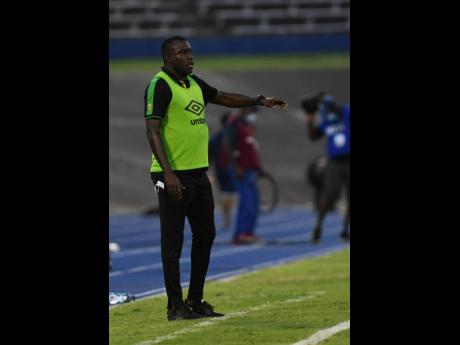 Ruthless aggression and a warrior-like mentality.

That is the attitude that national senior men’s head coach Theodore Whitmore says will be needed today as Jamaica battle Honduras in the cauldron of San Pedro Sula.

The Reggae Boyz will face the Central Americans at 7:05 p.m. today with Whitmore calling for calm among Jamaican supporters as his team, like the hosts, looks to get their first win in the Concacaf Final Round World Cup qualifying campaign.

While their situations are similar, Honduras are still above Jamaica in seventh place with three points with the Boyz at the bottom of the eight-team table with two.

Jamaica enter their game with injury and personnel problems with striker Jamal Lowe being recalled by his club Bournemouth and Alvas Powell out after suffering an injury in the 0-0 draw with Canada on Sunday.

However, Whitmore says that they have to do whatever is necessary to secure valuable points at this critical juncture.

“What we can control is what takes place on the field for those 90-plus minutes and that is where our focus is right now and on what we can get out of this game,” said Whitmore. “It’s always a concern when we have injured players and we are unbalanced at the moment in terms of personnel and positions but we have warriors here, we have real soldiers here and it doesn’t matter who we put out there, everybody has to go out there and give 110 per cent and get the job done.”

Whitmore encouraged his team to concentrate on executing their game plan adding that it was important that the team secure its first victory of the campaign.

“It’s not a matter of what (parts of the team) we are comfortable with or not. We have to dig deep. We have to stop thinking about what our opponents can do and more of what we want to do. We respect all our opponents that we play against but regardless of what position we are in, we need to get results. We need to start turning one point into three,” Whitmore said.

“We just need to do what needs to be done to get three points and that is what we are on the hunt for tomorrow (today),” he added.

Jamaica earned their first clean sheet of the qualifiers on Sunday when they drew 0-0 with Canada but remain rooted at the bottom of the eight team table with two points from their five matches.

With a lot of speculation regarding his own future, given the team’s poor start to the campaign, Whitmore called for patience from supporters.

“I want the fans to remain calm,” said Whitmore. “I know it’s a tough start to the campaign but we are not far off, (we just need) a little bit of patience.”