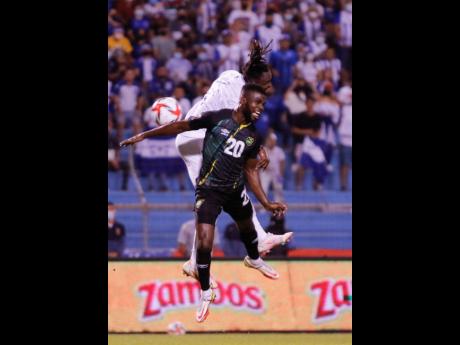 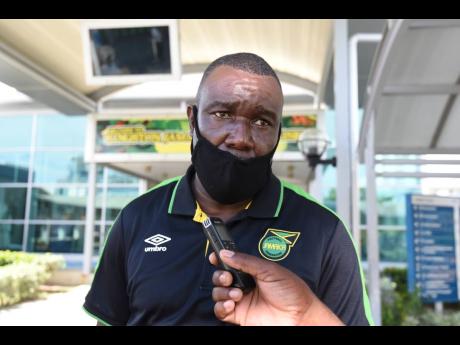 Kenyon Hemans
National senior men’s football team head coach Theodore Whitmore in an interview with The Gleaner on arrival at the Norman Manley International Airport in Kingston yesterday, from San Pedro Sula, Honduras, where they recorded their first win of then FIFA World Cup 2022 qualifying campaign on Wednesday night.
1
2

National senior men’s football team head coach Theodore Whitmore said that their win over Honduras in their FIFA World Cup qualifier on Wednesday is a big relief for the Reggae Boyz and a step in the right direction for the team. The Reggae Boyz...

National senior men’s football team head coach Theodore Whitmore said that their win over Honduras in their FIFA World Cup qualifier on Wednesday is a big relief for the Reggae Boyz and a step in the right direction for the team.

The Reggae Boyz secured their first victory of the campaign after defeating hosts Honduras 2-0 at Estadio Olímpico Metropolitano in San Pedro Sula.

The win, which was the Reggae Boyz first over the Hondurans in that country, moved the Jamaicans off the bottom of the standings up to sixth place on five points and puts them back in the race for a spot at the FIFA World Cup in Qatar next year.

Whitmore entered the match under immense pressure to save his job but he said that he was not bothered by the negative things that were being said about his coaching methods or the team.

“It is not how you start, it is how you finish,” Whitmore told The Gleaner after the team’s arrival at the Norman Manley International Airport yesterday. “I am always confident, but sometimes you go into the game and you don’t get the result that you want.

“If you look at the last two games against Canada, and Honduras last night, you could say that it is a step in the right direction for us, and we can only build on that sort of performance going forward.”

Mexico lead the standing with 14 points, three more than the United States. They are followed by Canada (10), Panama (eight), Costa Rica (six), El Salvador are in seventh place on five, and Honduras at the bottom on three.

The top three teams will automatically advance to the World Cup Finals, while fourth place will get another chance, in an inter-continental playoff.

The Reggae Boyz’s next opponents are El Salvador in San Salvador on November 12, to close out the first half of their 14-match fixture list.

Whitmore said that despite the victory, they still have a number of areas that they need to improve before next month’s round of games.

“I wasn’t pleased with the overall performance, but the commitment last night was there. You saw a team that wanted it, and they showed that, and I think they deserved it. It is just the hard work, and the hard work continues going forward.

“We didn’t get the desired results that we wanted in the first set of games, but I think the team learnt a lot, and we can only get better from here on.”