Guardiola unable to give Sterling assurances on game time 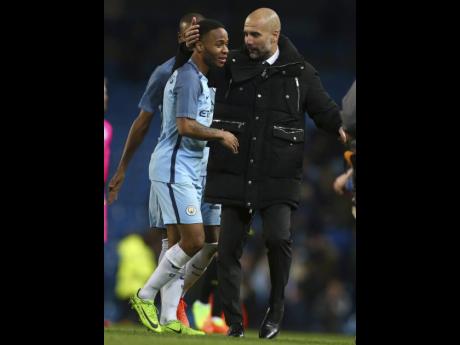 Manchester City manager Pep Guardiola said yesterday he cannot give assurances to Raheem Sterling about more regular playing time after the winger said he was open to leaving the Premier League champions.

Sterling said he would assess opportunities “to go somewhere else” after falling down the pecking order at City and only starting two of the team’s seven games of its title defence this season.

The England winger made the comments at the FT Business of Sport US Summit on Thursday, and that came as a surprise to Guardiola and City.

Asked for his reaction, the City manager said: “I cannot assure (players) and they know it. I spoke many times about this. I cannot assure how many minutes every player is going to play. Always they have to speak on the grass, on the pitch. That is the best moment.”

“What I want,” Guardiola said, “for Raheem and everybody is to be happy. They have to be satisfied to be here, they have to be delighted to be at this club. If that is not the case, they are free to take a decision that is best for them, for the family, for all the people who love them.”