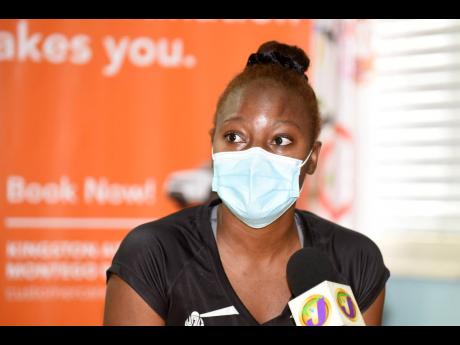 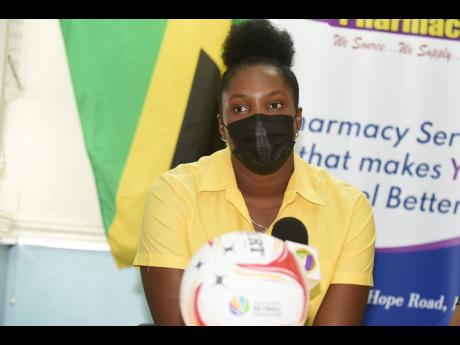 International netball returns to Jamaica today, after more than three years, when the Sunshine Girls take on Caribbean rivals Trinidad and Tobago in the opening match of their three-Test Sunshine series at the National Indoor Sports Centre.

The match, which will be played without spectators, is scheduled to begin at 6 p.m. The other games in the series are scheduled for October 19 and 20 at the same venue.

The Sunshine Girls, who last competed in an international series in 2020 in London, England, are very anxious to return to the court as they will be using this series as part of their preparations for next year’s Commonwealth Games.

Head coach Connie Francis has assembled a very strong team for the series. The team includes five players who compete in top-level Suncorp Super Netball in Australia. Captain Jhaniele Fowler who was voted as that league’s Most Valuable Player for four consecutive years this year heads the group. The others are Shemera Sterling, Jodi-Ann Ward, Kadie-Ann Dehaney, and Latanya Wilson.

The Sunshine Girls, ranked fourth in the world, defeated the 10th-ranked Trinidad and Tobago 68-43 in the last meeting of the teams at the 2019 Netball World Cup in Liverpool, England.

Fowler, who is rated as the best goal shooter in the world, said they are looking forward to a tough series against the Trinidadians.

“The mood in the camp has been really good, and the training sessions have been very productive over the past few weeks, and we are looking forward to a very competitive series from the Trinidad and Tobago team,” said Fowler.

“Trinidad have always been a very good team. They always come with their ‘A’ game when they face us, and we are expecting this series to be no different,” she added.

The Trinidadians will enter today’s series on the back of their 66-22 defeat by Jamaica’s men’s team in a warm-up game on Thursday at the same venue.

According to the team’s captain, Kalifa McCollin, she is confident that they will put on a good show against the Jamaicans in this series.

“I genuinely do believe that we have a chance against the Sunshine Girls. I think that we have to continue to stick to our processes and remember what we were taught and just be consistent in our game play, and I think we will be okay,” said McCollin.

“I think that our young players are ready mentally, and so it is about just locking into what we have learnt in our practice sessions and just being confident,” she said. “I think confidence is a big part of the game where the more experienced players are there backing the young players and pushing them and letting them know that we have their backs at all times.”