Vascianna could be a world beater – Edwards 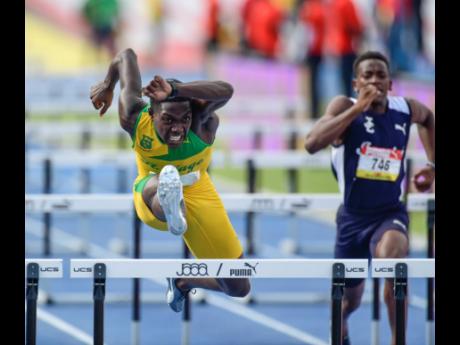 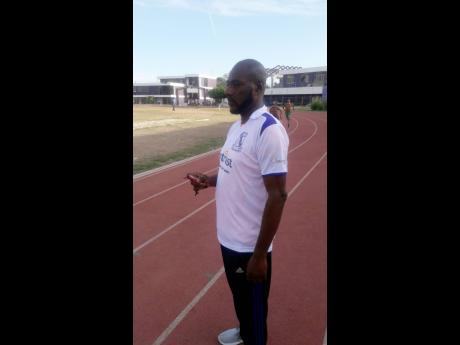 Sprint hurdles prospect Vashaun Vascianna could soon be vying for medals at the Olympic Games and the World Athletics Championships. That’s the opinion of the man who coached him to the runner-up spot at this year’s World Under-20 Championships,...

Sprint hurdles prospect Vashaun Vascianna could soon be vying for medals at the Olympic Games and the World Athletics Championships. That’s the opinion of the man who coached him to the runner-up spot at this year’s World Under-20 Championships, Rahnsomn Edwards.

Vascianna finished his high school days at Kingston College where Edwards guided him past some injury trouble to a National Under-20 title and silver in Nairobi, Kenya, hosts of the World Under-20 meet.

“It was a very difficult and challenging period, but I honestly think that probably within the next two seasons, he can be challenging for that Olympic or a World Championship medal because he’s that good,” Edwards said.

The young hurdler is now a student-athlete at Texas Tech University, and Edwards believes he will become one of Jamaica’s best.

The coach first began to see Vascianna’s potential in 2018 when the lad lowered the ISSA/GraceKennedy Boys and Girls’ Athletics Championships (Champs) Class Two 110m hurdles record of 13.45 seconds by Calabar’s Michael O’Hara to 13.35.

“In first year Class Two, he broke O’Hara’s record and at that time, O’Hara was deemed as the greatest hurdler in Champs history and he broke the record in the first year in the class,” Edwards said.

With Maurice ‘Mr Smooth’ Wignall coaching Vascianna in 2019 after Edwards departed for Kingston College, the record fell again, this time to 13.26.

“So from there and then,” Edwards asserted, “I realised that this man is a world beater.”

In addition, he took a Carifta Games Under-20 silver behind St Jago teammate Rasheed Broadbell in 13.32 even though the Under=20 hurdles are about eight centimetres higher than those used in Class Two at Champs.

Injuries hurt Vascianna in 2020 and after his move to Kingston College.

“Going into the preparation for the 2021 World Junior Championship, he wasn’t 100 per cent,” Edwards said. “He was still feeling discomfort, going in the championship.”

“When you look back at the replay of the film, he was even, touching down, up to hurdle five, touching down with the young man from France, but had he not hit hurdles five and six, it probably would have been a closer race,” Edwards reviewed, “but I think that the youngster from France was a bit sharper, was in great condition compared to Vascianna, but we give thanks for the silver medal.”

At Texas Tech, Vascianna’s training will be overseen by Wes Kittley, the director of track and field, and Calvin Robinson, Kittley’s assistant in charge of hurdling. Among his teammates is former Vere Technical High School hurdler Demisha Roswell.