Experience a plus for West Indies – Rampaul 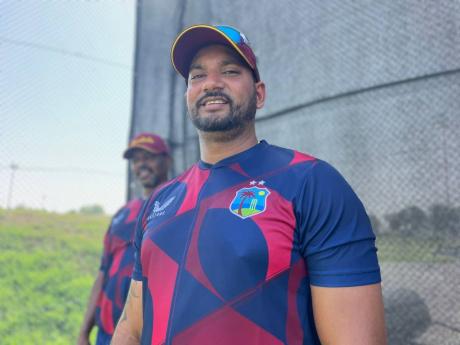 Veteran fast bowler Ravi Rampaul says the number of experienced players in the current West Indies T20 World Cup squad could very well benefit the team as they look to defend the title the regional side won back in 2016.

Rampaul is among four veteran players in the squad over the age of 35, with Jamaican Chris Gayle being the oldest player registered to play in the tournament at 42.

Several pundits have questioned the inclusion of some of the veteran players including Gayle and Rampaul. However, the Trinidadian, who claimed a tournament-leading 19 wickets in the recently concluded Caribbean Premier League, says all that experience might work out in favour of the regional side.

“Going into big World Cup games, you will need experience. We have guys that have played around the world in different conditions and we know that games come quick and fast and the experienced guys will know how to manage themselves when we play back-to-back games or games every other day,” said Rampaul.

Rampaul is set to play a key role for the West Indies, as he is expected to continue his wicket-taking abilities in the power play and the back end of the innings, similar to what he did for the Trinidad franchises in the Super50 Cup and the Caribbean Premier League.

The right-hander claimed 14 wickets out of his 19, bowling at the top and the back end of the innings, and the 36-year-old says he is willing to put his hand up and do the job for the regional side once he gets the nod.

“I have done a lot of practice bowling in the three areas (opening, middle and closing overs) of T20 cricket. Whatever the situation I need to do for the West Indies, I will do my best. I strive on the tough areas of the game to come out on top,” added Rampaul.

Rampaul and the West Indies team had another intense net session in Dubai, with the team preparing to play their first warm-up game against Pakistan tomorrow.