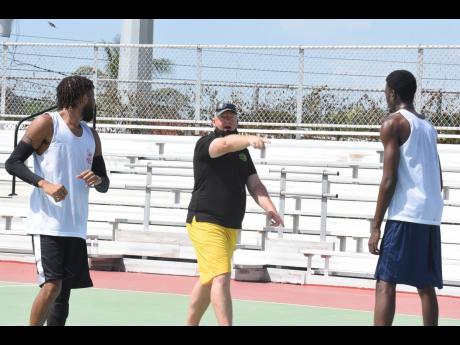 The Jamaica Basketball Association will soon announce its squad to contest the Americup 3x3 tournament next month.

National coach Rick Turner is excited to see the selectees play in an event that will pave the way for Jamaica to advance to big events in the future.

“We basically have a group, seven or eight players,” Turner said. “There are just some details we need to have squared away as far as the COVID protocols go, visas and travel, and what not.”

Turner believes each player on the squad has the wide range of defensive and attacking skills to meet the requirement of the fast-paced 3x3 game.

“I’m really excited to see them play,” he said of the prospects for Jamaica at the November 12-14 event in Miami, Florida. “Honestly, I’m excited about the team. The guys that we have kind of focused in on all fit into that category, skilled and versatile.”

Turner says the players under consideration fit the bill.

“Many of them have professional experience and have been playing the game and getting paid for it for quite a while, and so that will help,” he said.

Once the team is announced, Turner will seek to get the team together for practice, despite the difficulty associated with varied COVID-19 protocols in different countries.

“I would say it’s a work in progress as to how training is going to materialise, but I think this is a great chance for us to get into this 3x3 and see where it takes us,” he said.

Turner and the players are using technology to close the gap.

“What we are doing is, we’re getting over Zoom and talking and getting to know each other, similarly to what we were forced to do before our trip to El Salvador back in April,” he said, with reference to the 2023 World Cup pre-qualifiers tournament in April.

A good Americup showing will boost the nation’s ranking and open the door to international tournaments for a sport that debuted at the Olympics this year in Tokyo. “I think that really increased the profile of the sport in a big way, and so my feeling is that because of that, the level of player involved is just going to increase, not just with Jamaica, since this is our first time around. But I think other teams are going to start putting a better foot forward in generating their rosters,” he predicted.