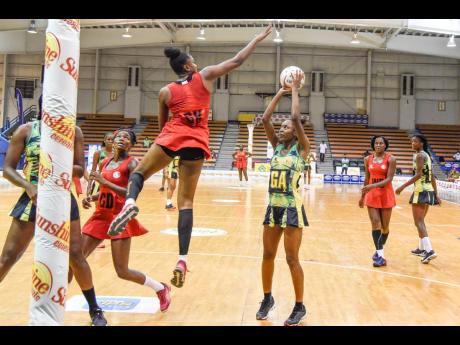 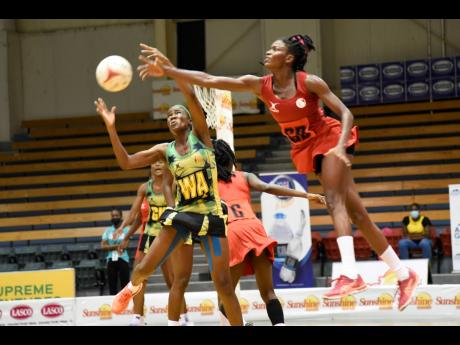 The Jamaicans, ranked six places above the Calypso Girls at fourth in the world, were dominant throughout the series as they won every match by more than 30 goals.

Captain and goal shooter Jhaniele Fowler only played the first three-quarters of the match and led the way for the Sunshine Girls with 41 goals from 46 attempts.

She received support from Shanice Beckford, 13 from 17, Gezelle Allison, 10 from 14, and Rebekah Robinson, nine from 13. Jamaica’s head coach, Connie Francis, said she was proud of her team’s performance during the series.

“It was fantastic,” she said. “We tried multiple combinations, and the girls just raised the bar, and I am so proud of their efforts, especially the defending players. They looked fantastic.

“But there are still some areas that we have to improve in terms of our fitness because some players do not look as fit and sharp as I would like.”

Captain Kalifa McCollin top-scored for T&T with 14 goals from 17 tries. Afeisha Noel was the other main scorer for the Trinidadians with seven goals from nine tries.

Trinidad and Tobago’s coach Althea McCollin said she is happy with her team’s efforts during the series because they have learnt much from the Sunshine Girls.

I am not feeling depressed in relation to where the team is at all because we are growing as a young team, and we have learnt a lot, and we are going back home to work on our strengths and weaknesses,” she said.

“We came here to learn, and we have a lot of young players that got the opportunity to go on the court for the first time internationally, and the experience can only do good for them.”

The Sunshine Girls, who are preparing for next year’s Commonwealth Games, outplayed Trinidad and Tobago in every area of the court as they romped to a 17-7 lead at the end of the first period.

The Jamaican defensive unit, which comprises Shamera Sterling, Shadian Hemmings, and Latanya Wilson, have been a thorn in the side of the Trinidadian attackers during the series as they shut down their shooters in the second period, and in the process, limited them to three goals in the quarter.

The Sunshine Girls outscored their opponents 23-3 for a 40-10 lead at halftime.

Fowler was once again at her best, scoring 27 of the team’s 40 goals in the first half of the game. Beckford netted the other 13 goals for the Jamaicans.

The Calypso Girls, who looked shell-shocked at the start of the third quarter, could not cut Jamaica’s lead as the hosts dominated on all fronts in the quarter, stretching their advantage to 57-15 at the end of the period.

Fowler was replaced by Gezelle Allison at the start of the fourth quarter, but it did not affect the Jamaicans’ scoring pace as they went on to claim the win.