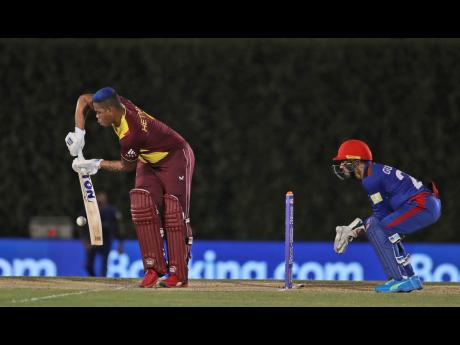 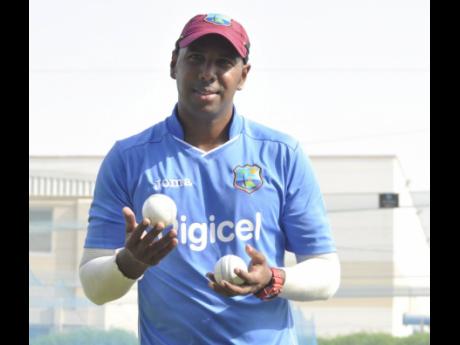 Former champion leg-spinner Samuel Badree, one of the architects behind West Indies’ capture of the 2012 and 2016 Twenty20 (T20)World Cups, still considers the reigning champions as one of the favourites for this year’s tournament, despite their recent form.

West Indies lost both their opening warm-up games this week, going down by seven wickets to Pakistan on Monday and by 56 runs to Afghanistan on Wednesday.

However, Badree said the Caribbean side remained a serious threat because of the plethora of match-winners in the side.

“Five years later and I think West Indies have as good a chance as any team to win the title again,” Badree wrote in his tournament column for the International Cricket Council.

“Many people have pegged them as the favourites, and quite rightly so, because of the match-winners in that line-up.

“Any one of their players can single-handedly win a game, and the experience of Chris Gayle, Kieron Pollard and Dwayne Bravo, to name just a few, with their ability to stay calm under pressure, will count for a lot.”

West Indies will raise the curtain on the tournament this Saturday with a blockbuster clash against England, in what will be a repeat of the 2016 final in Mumbai.

Then, West Indies appeared headed for defeat in pursuit of 156 before Carlos Brathwaite struck sixes from the first four deliveries of the final over from Ben Stokes to earn his side victory.

With England boasting a “wonderful” side, Badree said he was anticipating the contest would be “full of pyrotechnics”.

“If they (West Indies) can get off to a good start, I think they’ll be able to go all the way but England are the defending 50-over World Cup champions and, under Eoin Morgan, their white-ball cricket has been exceptional,” Badree said.

“They’ve got a wonderful team – very experienced bowlers with real pace and then the likes of Chris Jordan and Adil Rashid as well. So I expect the winner of the opening the West Indies v England game will make it into the semi-finals.

“The West Indies will be confident heading into their opening match … they’re the defending champions and, of course, they won that incredible final against England in 2016.

“They also beat England in the first match of the Super 10 that year when Chris Gayle scored a brilliant hundred. So, when it comes to T20 World Cups, the West Indies have had the upper hand.

“Having said that, T20 cricket is such a fickle game that either of those two powerful teams can win. I really expect it to be a thriller, a game full of pyrotechnics with power hitters on both teams but I would give West Indies the slight edge.

“Too much time has elapsed for that final from five years ago to have any real part to play this time round but there will be plenty of memories of it.”

West Indies have been installed in a difficult Group 1 which also features Australia and South Africa, in addition to two yet-to-be determined qualifiers.