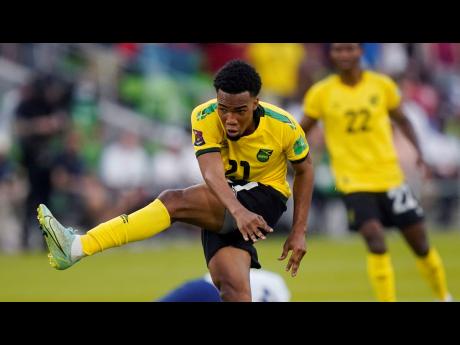 With Jamaica needing goals to boost its World Cup qualifying campaign, football analyst Andrew Price has pinpointed midfielder Tyreek Magee as a possible provider of scoring opportunities. However, with rugged games to come in November, Price feels that Magee will have to prepare for the physicality of El Salvador and the United States of America, whom Jamaica will meet on November 12 and 16, respectively.

Price has high regard for the Harbour View Football Club product who now plays in Belgium.

Perhaps led by Magee’s slim bearing, Price argued that he has to be judiciously deployed for maximum effect.

“I think that games are going to have be chosen where you play somebody like Tyreek Magee,” he said. “He won’t be able to play all the games.”

Asked if the 21 year-old playmaker might be deployed late in games as an impactful substitute, Price responded positively.

“Definitely,” he said. “I believe that, with his skill set, he can really open up a can of sardines and make good passes up front to our attackers but he has to have the time and space to do it where he’s not under a lot of pressure.”

“Strong in defence, get the coordination, give your 100 per cent, heart, purpose, hard running, put in the high press when you can. But finish when the few opportunities that we create come and give Tyreek Magee and the attacking possessional transition play a little bit more time to create because, when he did against an ageing Costa Rica team, he looked good,” Juredini recalled of a 1-1 draw in September.

Like Price, Jureidini can see the former Jamaica College standout coming off the bench.

“Their game may not be the best game to start him, so you work and you choose your moments and you pick your fights in areas of the field and moments of the game that you think you can steal a point or three,” he said.