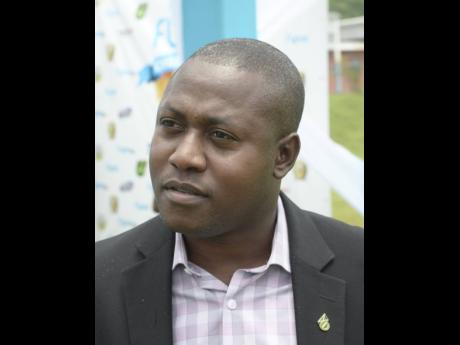 Portland Football Association (PFA) President Raymond Grant said the Carder Park renovation project, which got under way last week, will not only aid the development of football in the parish, but also have a positive impact on the social and...

Portland Football Association (PFA) President Raymond Grant said the Carder Park renovation project, which got under way last week, will not only aid the development of football in the parish, but also have a positive impact on the social and economic well-being of the communities.

Grant says this first phase of the project, which is supported by the parish’s two members of parliament, other public officials, and private individuals, will cost $19.8 million.

If all goes to plan, Grant anticipates that the project will be completed in the next seven months.

“In my capacity as president of the PFA, I am elated and honoured that the project has been consistent with the goals we have set as an association - to have our main venue and other supporting venues in the parish developed,” he said.

“We started in west Portland, and in two years, in excess of $30 million has been spent upgrading Lynch Park. A similar thing was done at Canewood, where close to $20 million was spent improving that facility, and now we have moved further east to Carder Park.

“When this [phase] is done, we will continue to lobby our members of parliament and other entities to see how we can continue this because we have targeted Jones Park in Manchioneal as our next project.

“When you sum it all up you see the need for recreational facilities, and the impact the development of Carder Park will play on the human and social upliftment of everyone.

“The good thing about Carder Park is that it isn’t a strictly football facility. We want to ensure it remains a sporting facility that encompasses all concerned.

“It is the main reason we have established a band stand. So we are looking past sporting activities. We want a venue that will engender cultural and other activities and Port Antonio as a community in general.”

When the initial phase of the project is completed and adequate funding is generated, they will look at phase two of the project, which will comprise putting in a running track, a multipurpose court, and a training facility on the seven-acre land, and Grant believes that the improved infrastructure will be beneficial to all.

Leroy Sinclair, manager of Progressive FC, one of four clubs that share the complex, with Port Antonio Academy, Eagle Strikers and Titchfield Academy being the others, foresees many positives from the redeveloped facility, including keeping youngsters from negative activities and influences.

“Developing the facility itself will lead to a lot of revenue for others,” he said. “It will help to develop the game because when things normalise, people can actually come to watch games.

“Having changing facilities and all the works at Carder Park, which is at a prime location, means it will be a medium, mainly for the youngsters in sports, and this, we hope, will keep them from negative influences.

“So it will create jobs and economic growth. These [eastern] parishes are slow, and sports is a way to save a lot of these youngsters. Many are not scholars but are champions on the field. So it is an excellent move, and once utilised in the right way, it will help to generate funds and engage the wider community in a positive way.”