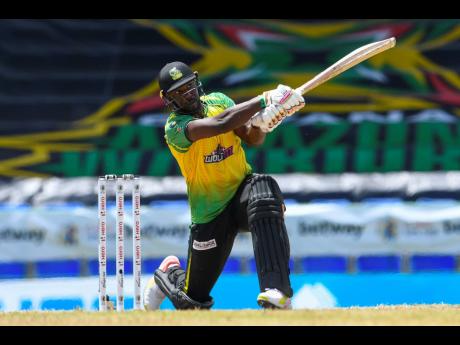 West Indies have been left sweating on Andre Russell’s fitness on the eve of their opening match of the Twenty20 World Cup, but captain Kieron Pollard said alternative combinations were already being explored in case the explosive all-rounder failed to take his place in the XI.

Russell sustained a grade II hamstring tear during the recent Indian Premier League and Pollard said his participation in Saturday’s opener against England would depend on how he came through Friday’s final training session.

“We have our last practice session this afternoon, and we’ll just have a last look and see if he is confident enough to take the field,” Pollard said.

“He played in that warm-up game [against Afghanistan] a couple days ago, and it was just like a trial for him because he hadn’t played a cricket match in about three to four weeks.

“So there was still some rust there for him. He still needed to be a bit confident in his mind, but I’m sure even [Thursday] and a couple days before that, he had been working tirelessly behind the scenes to be fit, so let’s see what transpires in this last session.”

The 33-year-old Russell is a two-time T20 World Cup champion, having featured in both the 2012 and 2016 finals when West Indies claimed their titles. However, his career has been marred by injury, forcing him to miss a chunk of international fixtures since the 2016 T20 World Cup.

A powerful lower-order batsman, sharp seamer, and dazzling fielder, Russell played 13 T20 Internationals this year – more than he played between 2017 and 2020 combined.

He limped out of the 2019 50-over World Cup in England with a knee injury, which eventually required surgery.

Pollard said tour selectors were not simply sitting back, however, but were putting contingencies in place to compensate for Russell’s possible absence.

“As a team we’re clear in our minds what direction we will want to go as opposed to not being clear and waiting on that individual to decide his fitness from a medical point of view,” he explained.

“So, as a team, we have spoken about different things, so let’s see what happens in this last practice session.”

If Russell is ruled out of Saturday’s game, it will be a second major blow for West Indies after all-rounder Fabian Allen was ruled out of the tournament with an ankle injury picked up in the Indian Premier League.

Allen, a left-arm spinner who packs a heavy punch in the lower order, has been replaced by Akeal Hosein, but Pollard described his withdrawal as a “big miss”.

“Obviously, he was a part of our plans throughout the entire home series,” he said.

“He’s an exciting player. We know what he can do with the bat at the back end, his electricity – the way how he’s electric in the field – and, of course, with his bowling, he’s done a pretty decent job for us when he’s gotten that opportunity.

“So yes, it is a big miss. It’s very, very unfortunate for him. He’s a young guy looking forward to playing in his first T20 World Cup, but that is the nature of sport.”

He continued: “It’s something as a team we try to bounce back from pretty quickly and not let those things sort of keep us down.

“I thought we got an able replacement in Akeal Hosein, who has done himself a great deal of good with his performances in CPL and international cricket, and stuff like that.

“Yes, he’s young in his career, but he’s taken up the mantle of bowling some difficult overs previously.”

West Indies have opted for experience in the tournament with the likes of Chris Gayle, Dwayne Bravo, Lendl Simmons, and Ravi Rampaul all included in the 15-man squad.

And Pollard said tour selectors were virtually settled on what the final XI would be for the England game once all players were fit.

“In our minds, from a management perspective, we have an idea of what we want and who we want – which personnel we want to get on-to the cricket field,” he noted.

“We are very, very clear in our minds what we want to achieve, and we’re not going to wait until the last minute to make those decisions.”