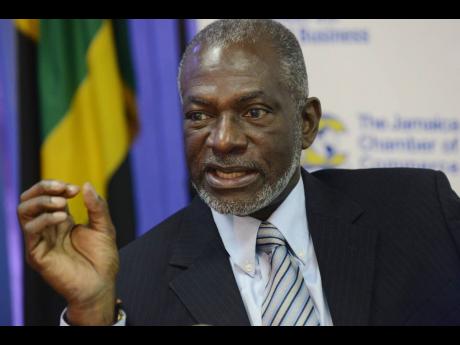 PRESIDENT OF the Jamaica Olympic Ice Hockey Federation (JOIHF), Don Anderson, says his association will ignore attempts by former Jamaica coach, Cyril Bollers, to form a break-away body for the sport’s administration. Anderson said although some of...

Anderson said although some of the actions by the former Canadian player could result in legal ramifications, the JOIHF board of directors took a decision not to go that route, as they are convinced the 2019 Latam Cup coach has no legitimate grounds to start such an organisation.

Bollers, a strong advocate for Jamaica’s ice hockey and the man who coached Jamaica to victory in their Latam Cup debut in 2019, has moved to form a separate organisation and it is alleged he attempted to lure players from the JOIHF to play under this new body.

However, Anderson argued that Bollers’ organisation has no authority and that players have refused his advances. As a result, they see no need to pursue the legal recourse they were contemplating.

“There is a break-away group. This guy (Bollers) tried to lure the players to set up a different organisation. He created this break-away body and tried to get players to sign in on his agreement. But all the players from 2019 are back with us. They have all stayed,” he said.

Anderson also noted that the Bollers group is neither affiliated to the Jamaica Olympic Association (JOA) nor the International Hockey Federation (IHF), which forms part of the requirement to become a national sporting association. The JOIHF is affiliated to both bodies.

“So we are the official body,” he stated.

“We were looking at some legal issues. For a few months, they were pushing, but we ignored them because they are not registered,” Anderson continued. “We constantly reminded them that they have no jurisdiction and that we are the authorised body.

“But they have been trying all kinds of ridiculous ways to do things, some of which are pretty illegal. So we do not need to get excited because they do not have any legal status.

“The board has taken the decision that we are not going to entertain any of their behaviour. It is a waste of time to get involved in that because all the players they were trying to move are back with us and we are the authorised body to play ice hockey,” he said.

He reasoned that the group has the option of challenging legally for the leadership of the JOIHF, but they do not seem interested in that approach.

“We do not have a problem. They are free to do that (challenge for office). But they know there is not sufficient support in the organisation. Currently, we have a very good team working and everybody’s happy and focused on getting to the 2026 Olympics,” he stated.

“So we are going to take the high ground, as there is a lot of good going for the team right now and we just want to focus on that instead of the negatives,” he added.

Bollers is said to be an executive board member of Ice Hockey Jamaica, which aims to develop a world-class ice hockey programme in Jamaica by unifying those with Caribbean roots who have excelled internationally in the sport.

Attempts to get a response from the former coach were unsuccessful, as messages and calls to his phone were unanswered.

Jamaica recently competed at the 2021 Latam Cup, but only as an exhibition team, as they were deemed too strong for the tournament. They won all their matches.