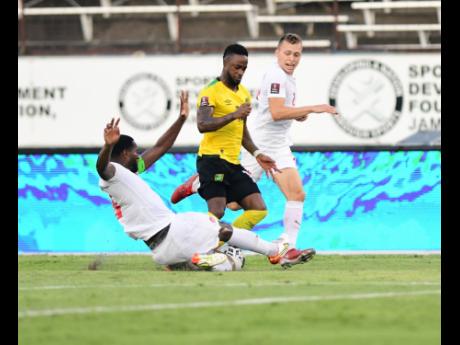 Jamaica will be hoping to maximise on the additional preparation time for their FIFA World Cup qualifying game against El Salvador this Friday.

Jamaica will have a total of three days to prepare for their El Salvador encounter, a match that also signifies the close of the opening half of their campaign. It will be the most days that Jamaica has had to prepare for a qualifier so far, as they have had an average of two days to prepare for games in September and October.

The match will be their fifth away game in seven matches, which have resulted in two losses, one draw and one win, which was over Honduras on October 13.

The Reggae Boyz aim to get a positive result in San Salvador with late changes to their personnel, as striker Andre Gray and goalkeeper Dillon Barnes, who both play for English club Queen’s Park Rangers, were ruled out because of injuries. A press release by the Jamaica Football Federation (JFF) on Saturday says that they have been replaced by Dwayne Miller, who plays in Sweden, and Vancouver Whitecaps’ Javain Brown. Brown was left off the initial 24-man roster after being called up for the September and October international windows.

The Boyz will hope to continue their favourable record against El Salvador which consists of 10 wins, six draws and five defeats. Jamaica’s last win in San Salvador came in their 2006 World Cup qualifying campaign in September 2004.

Jamaica are expected to return from EL Salvador on November 13 in preparation for their home qualifier against the United States on November 16. It will be Jamaica’s first home qualifier with fans in the stadium, with 5,000 fully vaccinated fans approved to attend. According to a JFF release yesterday, tickets official go on sale today primarily online with patrons being asked to log on to https://jffevent.localgovjamaica.gov.jm and get validated prior to purchase. Once approved, persons will be directed via email to purchase their tickets using a debit or credit card.