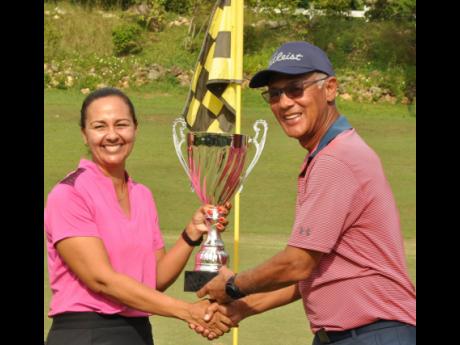 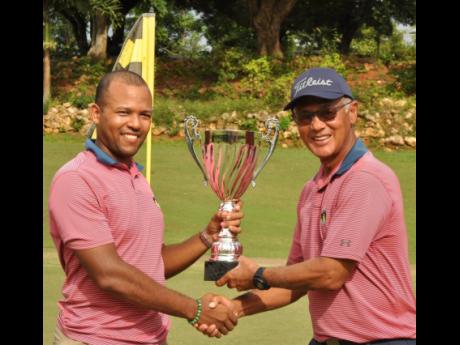 AFTER BEING pipped to the Jamaica Open title last week, William Knibbs quickly got back to winning ways, claiming the men’s title at the two-day Alliance Buccaneer Memorial Golf Tournament, which culminated on Sunday at the Caymanas Golf Course.

Knibbs had to come from behind to claim the men’s 0-6 category, after carding a one-over-par 73 to go with his opening round six-over-par 78 for a two-day total of 151.

Overnight leader Zandre Rowe had to settle for a tie for second place with Mark Newnham, following rounds of 75 and 77 for a total of 152.

For Knibbs, the comeback victory was quite pleasing, seeing how he surrendered the Jamaica Open title last week to Justin Burrowes, who came back on the final day to win the amateur title.

“Winning is always good and closing the deal is fun, especially after not having the lead coming into the final day,” said Knibbs.

In the meantime, president of the Jamaica Golf Association, Jodi Munn-Barrow, won the ladies category, following her even-par round of 72 to go along with her opening round 75.

Munn-Barrow had the best score of the entire field over the two rounds, with a final score of three over par 147.

“It feels good when we women can beat the men,” said Munn-Barrow. “It’s always a good feeling and I look forward to that in tournaments, even if I am not playing, but to see the women come out on top is always great.”

In the meantime, the event, which is sponsored by Alliance Investment Management Limited, has provided sponsorship funding and donations to the tune of $1 million to the Law Street Trade Training Centre.