ICC, CWI in mad rush to get players home 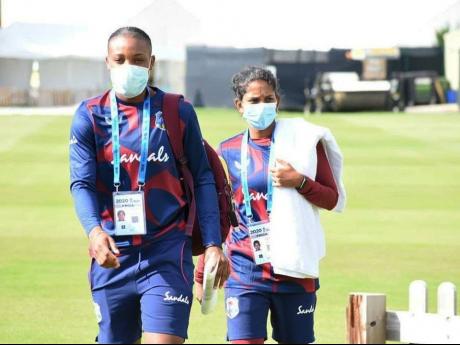 The ICC Women’s One Day International World Cup Qualifiers, which was called off following concerns over the new Covid-19 variant, has prompted Cricket West Indies (CWI) and the International Cricket Council (ICC) to find swift and meaningful ways to get players and officials out of Zimbabwe.

The women's ODI World Cup qualifying event in Zimbabwe has been called off after travel restrictions were imposed on large parts of southern Africa following the detection of a new Covid-19 variant, called Omicron, in the region.

A member of the Sri Lanka team support staff tested positive for COVID-19, and as a result, the fixture between the West Indies and Sri Lanka could not go ahead yesterday.

According to CWI CEO, Johnny Grave, over 200 players and support staff are in Harare and logistically those numbers are posing a problem for the organisers to get everyone home as soon as possible.

,“We are liaising with the ICC to get everyone home but getting seats and routes secured will pose a challenge,” said Grave.

ESPN Cricinfo has reported that Emirates Airlines, which transported the teams and officials to Harare, is said to be suspending flights on that route in the coming days.

The Health Ministry says persons who are not citizens or permanent residents of Jamaica and who have visited the listed countries within the past 14 days will not be allowed entry into Jamaica. However, all Jamaican citizens and permanent residents who have visited the countries listed within the past 14 days will be allowed entry. They will be subject to mandatory state-supervised quarantine for no less than 14 days.