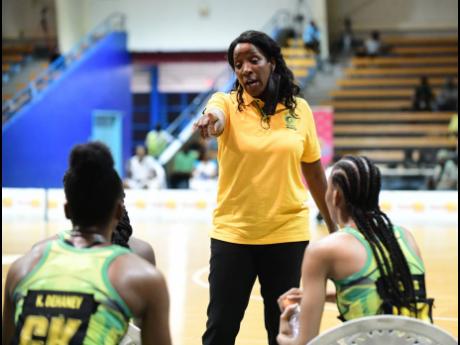 NATIONAL senior team netball head coach, Connie Francis, says that they must display improvement and adaptability as they take on England in the first game of their long-awaited three-match Test series.

The Sunshine Girls, ranked number four in the world, face the third-ranked ‘Roses’ in the first Test today at 11 a.m. Jamaica time at the Copper Box Arena in London.

It is a series that was pushed back from earlier this year because of the COVID-19 pandemic. In the months since Jamaica managed to get back to competitive play, completing a tri-nation series with Trinidad and Tobago in October with a sweep, England pulled off a historic series win against New Zealand in New Zealand last September.

Francis says that they will have to be wary of the increased confidence that England will have after their recent exploits, but her squad are capable and determined to preserve their winning Test series streak against the Roses, which now spans eight years.

“The Roses team will be awesome, I can tell you their tail is up. (But) the last time they have won a series against us was actually in 2013 and we want to keep it that way,” Francis told The Sunday Gleaner.

That rotation has been tested in their preparations when goalkeeper Shamera Sterling suffered a leg injury during their first warm-up game against England’s A team earlier this week. She was cleared to return to full training on Friday after a scan revealed only a bruise, but Kadie-Ann Dehaney, who played in the second warm-up game, is expected to start at that position after impressing Francis with her play.

“I thought the way how Kadian played in the second game against the A team, her game has risen and I think it is fair for her to get that start at the goalkeeper position. Shamera is very flexible, she plays anywhere and that’s what I like about her as one of our leaders on the team,” Francis said.

“We felt when she went down, we made the adjustment as soon as possible that if Shamera is not there, this is what we needed to do. And the girls showed that they were capable.”

England head coach Jess Thirlby said that they will hope to use lessons from the New Zealand series to tackle a Jamaican defence and style of play that she has praised.

“I love the fact that it’s very flamboyant. It’s certainly a very reactive style of play, so they cover a huge amount of ground without being really tight on us, body-on-body,” Thirlby told Sky Sports recently

Although encouraged by the shooting performances of captain Jhaniele Fowler, Shanice Beckford and Gezelle Allison, who have all shot at least 90 per cent or higher in their warm-up games, Francis has emphasised the importance of improving their mid-court game, as well as their defence.

“We have not been able to be consistently marking throughout the court and that is something that we have to step up,” Francis said. “They (England) do have a solid team and I’m expecting them to come hard at us. But we are up to the challenge.”