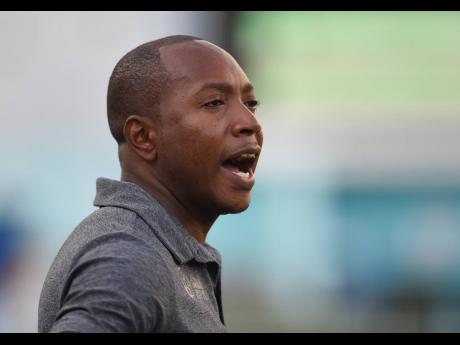 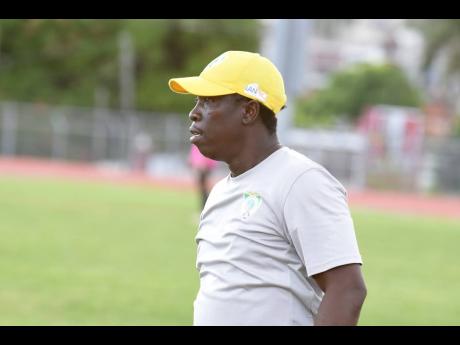 FRUSTRATION AND relief described the emotions of both Excelsior and St Andrew Technical (STATHS) high schools as the two battled to an entertaining 3-3 draw in their ISSA/Digicel Manning Cup Group B game at Stadium East yesterday.

It was frustration on the part of Excelsior head coach Xavier Gilbert whose charges had the lead three times but could not close the deal against STATHS, who played with 10 men for the last 40 minutes and salvaged a point. The point has given STATHS the slimmest of hopes they could still qualify for the next round.

Jevaughnie Simms, Oanado Calame and Jhevan Smith scored in the second, 22nd and 55th minutes, respectively for Excelsior, while Omar Laing equalised twice in the 20th and 33rd minutes and Omar Reid got the crucial tying goal in the 85th minute.

It was a fightback that pleased STATHS coach Phillip Williams, after unforced efforts proved the main culprit for his team’s numerous concessions.

“In terms of the turnovers we have been making, that is something that has been plaguing us all season in terms of making too many unforced errors, and that cost us. But I can’t fault the boys (for the effort). They fought back three times for a draw, even when we were down to 10 men. And it’s good for the programme in terms of the spirit that they showed,” said Williams.

Simms’s early strike started an entertaining first half which saw both teams enter halftime tied at 2-2.

It was a fightback that was needed, as Excelsior had the better part of the game and had a man advantage after STATHS’ Dexter Manning was sent off five minutes into the second half for foul language. But even with more personnel, and after regaining the lead with Smith’s penalty, the game management left much to be desired.

“We didn’t manage the game well. Inexperience came in. We saw that from the young men. We started to panic and be a little bit too erratic in our decision making. I think we got opportunities to kill off the game when we went up (3-2) and we didn’t make use of it,” Gilbert said.

“We didn’t have to put pressure on them (the players). They know where the faults were and that’s a good thing. That’s a good sign of a team.”

The result puts Excelsior on eight points, leaving them in third place, two points adrift of second-place Tivoli High, who defeated Dunoon Technical 4-2 yesterday. Gilbert says his team still has control over their future in the competition.

“We are still in the hunt, that’s a good thing. If we get three points from the next game, it will set up a final round for everyone and it depends on the results. The entire competition has been very interesting in all the groups and we just have to keep our heads high and continue to motivate them,” Gilbert said.

For STATHS, the point leaves them on six points with five games played. While they still have a slim chance of second-round qualification, Williams highlighted the need for his young squad to have that winning mentality entering their final two group games.

“Winning is a habit and we need to try to get some points in that column so that the guys can have a taste of what that feels like to win at this level,” Williams said.

Other Group B results