Italian side raided by police and struggling in Serie A 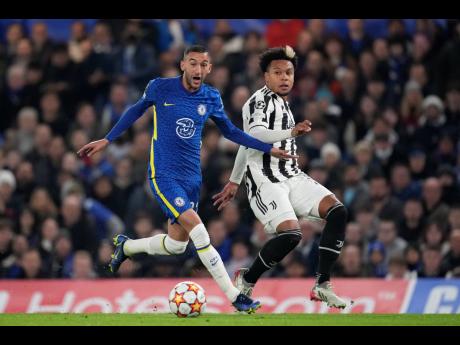 As if having their offices raided by police investigating financial crimes wasn’t serious enough for Juventus, Italy’s most successful football team is enduring damaging turmoil on the field too.

For nine consecutive seasons, Juventus won the Italian title before being toppled as champions by Inter Milan in May. Now the team is being booed by its fans as it slides down the standings.

The jeering followed a 1-0 loss to Atalanta on Saturday that left the 36-time Italian champions in eighth place after more than a third of the season. It’s not about trying to regain the title now, just a scramble to avoid missing out on lucrative UEFA income with Atalanta seven points ahead in the fourth and last Champions League qualification place.

Although it followed a dispiriting 4-0 collapse at Chelsea on Tuesday, at least a place in the round of 16 of this season’s Champions League has already been secured for February.

Much uncertainty, though, hangs over its leadership in the coming weeks after financial police searched the club’s offices in Turin and Milan on Friday to gather information relating to player transfers and agent dealings between 2019 and this year.

Prosecutors are investigating whether someone at the club, which is listed on the Milan stock exchange, cashed in on illegal commissions from transfers and loans of players. The case is also exploring if investors were misled with invoices being issued for non-existent transactions to demonstrate income that in turn could be deemed false accounting.

Juventus confirmed that its president, Andrea Agnelli, was under investigation along with vice-president Pavel Nedved, a decorated former player, chief financial officer Stefano Cerrato, and other former staff.

“The company is cooperating with the investigators,” Juventus said in a statement, “and with CONSOB and trusts that it will clarify any aspect of interest to it as it believes to have acted in compliance with the laws and regulations governing the preparation of financial reports, in accordance with accounting principles and in line with the international practice in the football industry and market conditions.”

The investigation is a further setback for Agnelli, who had brought back title-winning coach Massimiliano Allegri after Andrea Pirlo’s struggles in his single season in charge.