‘We must be cautious’ 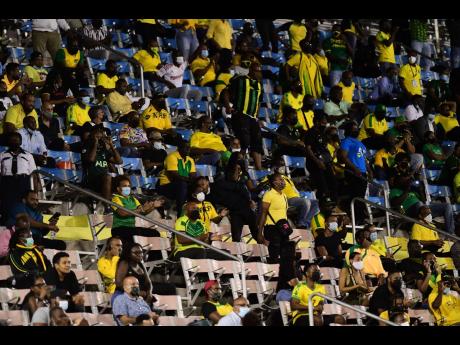 Gladstone Taylor
Spectators at the National Stadium’s grandstand during the Concacaf World Cup qualifier between Jamaica and the United States on Tuesday, November 16. 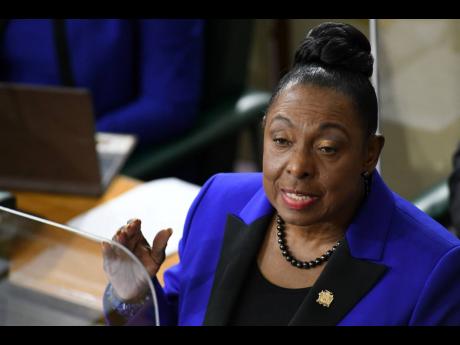 Minister of Sport, Olivia Grange, says that a cautious approach will be taken regarding an increase in spectator numbers for sporting events next year. This is in spite of what was seen as a successful return of spectators at the Concacaf World Cup...

Minister of Sport, Olivia Grange, says that a cautious approach will be taken regarding an increase in spectator numbers for sporting events next year. This is in spite of what was seen as a successful return of spectators at the Concacaf World Cup qualifying match between Jamaica and the United States of America at the National Stadium in Kingston earlier this month.

Jamaica welcomed 4,100 fully vaccinated fans for the game, the first event featuring spectators at the venue since the start of the COVID-19 pandemic. The total was 900 short of the quota approved by the Government.

The Jamaica Football Federation is targeting a minimum of 50 per cent capacity (17,500) fans for the qualifier against Mexico at the National Stadium on January 27, while Carifta Games Local Organising Committee Chairman Mike Fennell says their aim is to have full capacity for their event at the same venue next spring.

But Grange says that any consideration for an increase in numbers has to be done sensibly, as the pandemic is still a delicate situation.

Jamaica’s previous qualifiers were played without fans in attendance. The 2021 track and field season, including the ISSA/GraceKennedy Boys and Girls’ Athletics Championships, and the National Senior and Junior Trials were also completed without spectators at the stadium.

Grange said that she is satisfied with how the protocols were enforced for the Reggae Boyz’s game, but has emphasised the importance of increasing the vaccination numbers so that patrons can be further rewarded

“It was successful and it opens up greater possibilities for other events to be considered,” she said. “What is critical is that people are vaccinated and it should be an incentive for people to go out and get vaccinated because the possibilities of other events being approved for spectators will be based on that.”

Over half a million persons have been fully vaccinated against the COVID-19 virus so far, while over one million vaccine doses have been administered to date.