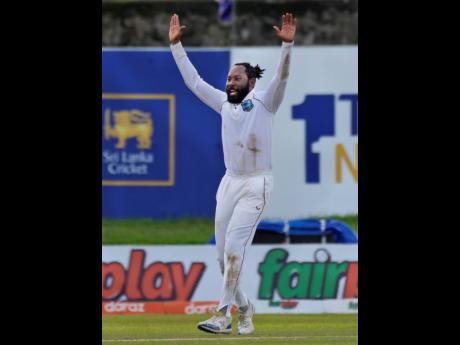 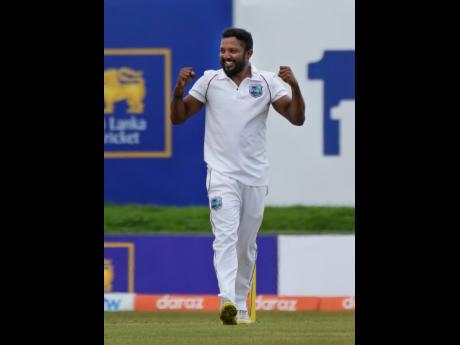 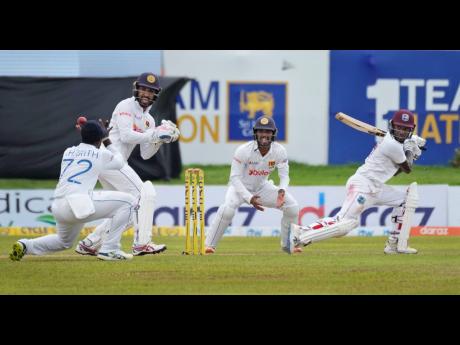 Left-arm spinner Veerasammy Permaul cashed in on his first Test in six years with a five-wicket haul, as West Indies enjoyed perhaps their best day of the current tour of Sri Lanka here today.

The 32-year-old snatched five for 35 at Galle International Stadium as the hosts were bundled out for 204 in their first innings, after resuming the second morning of the second Test on 113 for one.

Sri Lanka were cruising on 139 for one at one stage, but lost their last nine wickets for just 65 runs, with the other left-arm spinner, Jomel Warrican, claiming four for 50.

Pathum Nissanka was only able to add 12 to his overnight 61, while former skipper Angelo Mathews hit 29. But no other batsman passed 20.

In reply, vice-captain Jermaine Blackwood missed out on a half-century with 44, while captain Kraigg Brathwaite finished unbeaten on 22, as West Indies reached 69 for one before rain ended play 25 minutes before the scheduled tea break.

With rain having already ravaged day one with only 2 ½ hours play possible, West Indies enter the third day of the contest 135 runs in arrears, the game still tentatively placed.

The visitors’ position was owed largely to Permaul, the veteran Guyana spinner having little impact towards the end of day one, but rebounding to pick up three of the first four wickets to fall today, and hand West Indies the early advantage.

“I want to thank God for giving me the opportunity. I’m very overwhelmed by getting my first Test match five-wicket haul,” said Permaul, who had taken 18 wickets in six previous Tests.

“Over the years I’ve been working hard to get back in the team and now it’s really paid off.”

Warrican struck in the morning’s seventh over when Oshada Fernando edged a cut behind for 18 after resuming the morning on two, and stretching his second wicket stand with Nissanka to 33.

However, it was Permaul’s introduction, replacing off-spinner Roston Chase 20 minutes before the first drinks break, which changed the course of the morning.

He hit Nissanka in front with the second ball of his second over and two deliveries later, removed new batsman Dhananjaya de Silva for two to a catch at the wicket, wicketkeeper Joshua Da Silva taking the offering on the second attempt.

When debutant Charith Asalanka (10) lobbed a catch to Nkrumah Bonner at short leg in the third over after the drinks break, Permaul had a third scalp to leave Sri Lanka wobbling on 169 for five.

Dinesh Chandimal (2) missed a sweep at a full, straight delivery from Warrican in the next over and was lbw without any runs added, and the innings then collapsed rapidly despite Mathews, who retired hurt on 12, returning to clobber two fours and sixes before being last out.

Faced with four overs before lunch, the touring side survived to reach two without loss, and Blackwood and Brathwaite then extended their first wicket stand 62 to keep Sri Lanka without success for the first hour following the resumption.

Blackwood, dropped on 17, hit five fours off 99 deliveries and was eyeing his 16th Test half-century when he fell early in the second hour after lunch, lbw to left-arm spinner Praveen Jayawickrama, missing a defensive stroke.

However, the innings lasted only another 12 balls before the heavens opened and ended play with West Indies well placed.