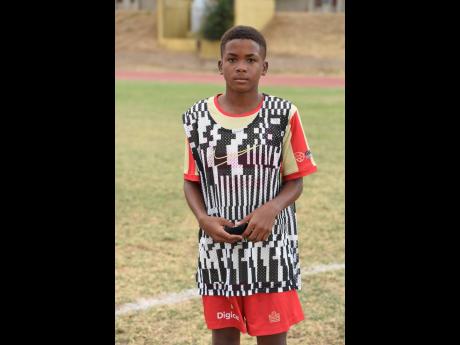 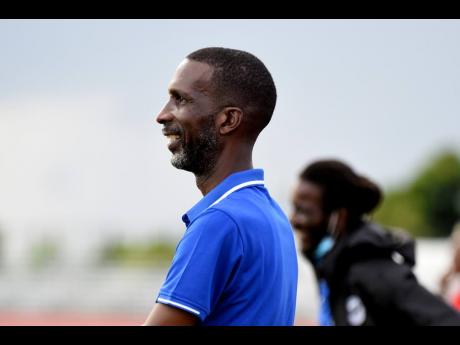 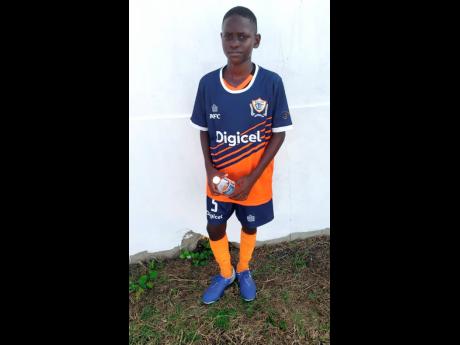 A NUMBER of 13-year-old boys have been making their mark in this season’s ISSA/Manning Cup schoolboy football competition. And although it was not uncommon to see the odd 13-year-old getting a ‘run’ in previous competitions, the regularity with...

A NUMBER of 13-year-old boys have been making their mark in this season’s ISSA/Manning Cup schoolboy football competition. And although it was not uncommon to see the odd 13-year-old getting a ‘run’ in previous competitions, the regularity with which it is taken place this season is unprecedented.

While most schools have lost their most experienced players from the last competition played in 2019 and are basically rebuilding with younger players this year, the coaches at these three institutions say pandemic or not, these young players would be considered because they are good.

Butler said this method of playing very young players against much older players is a way of fast-tracking the development of very talented youngsters.

“Whether COVID-19 or not I would still play them. Alex Ferguson said if you are good enough you are old enough,” said Butler. “Quality is quality and the best way to develop (players who will be) great champions when they are 18 is to develop them at 12.

“Leon Bailey and Kyle Butler played under-13 at six and seven years old,” he noted of his respective adopted and biological sons.

Quality not dependent on age

Bailey has had quite a success in Europe’s professional leagues, moving from Belgium’s Genk FC to the German Bundesliga’s Bayer Leverkusen, and now at Aston Villa in the English Premier League, while Kyle also played in Europe.

“Leon was playing from he was young at the highest level of youth sports in Jamaica, so when he was 18 he had no problems playing with Premier League players because he was already exposed from he was very young playing with players much older than himself,” said Butler.

Kingston High School’s coach, Keith Johnson, who has played young Kyle Miller this season, said it is his tradition to seek out the best young players each year and try to give them the opportunity and experience so they can develop into competent players in the future.

However, he noted that he has lost many good players to ‘bigger’ schools for this reason.

“From you can play ball and you come to my training you are good enough. I do not look at size and age. Once you impress me you are going to get a jersey,” said Johnson.

“Every year I have a 13-year-old because every year I try to identify the best set of players and work with them and try to groom them and bring them up to standard,” he said.

Dunoon Technical’s coach, Jahmiah Pettigrew, admitted he was forced to look among his younger group for reinforcement after they were unable to retain senior members of the squad.

However, he believes Gianni Collins, who netted his first goal on Thursday, would still be part of his plans even if he had a complement of senior players.

“We are building a young core of players to build into the Manning Cup. But he (Collins) is a talented young man and even if the squad was as big as it was supposed to be this player would be in the squad,” he said.

He is also encouraging other coaches to seek out exceptional young talent and expose them for their development.

“It is a welcomed experience for them because most of them have never played at this level before and they are now learning on the job as they go along,” Pettigrew highlighted.

“I would encourage any coach to carry these players as long as they can perform and do the job, give them that experience.

“It is about development and getting the experience, so in another few years they will be competing well,” he said.

Additionally, Butler insists that proper coaching is vital to the development of talented young players.

“Professional cultures are looking for young players that are mature, on and off the pitch, therefore, you have to expose them early and give them the opportunity and the right values as professional players,” insisted Butler, who has created a market in Europe through his Phoenix Academy, from which Kyle and Leon emerged.

“So it is how you manage their deployment and protect them,” he added.

Johnson agrees that game-management and coaching are very important.

“You have to know how to use them, you cannot give a 13-year-old 90 minutes playing time with big boys,” Johnson pointed.

Pettigrew added that the experience they can gain is enormous.

“With youthfulness and age it boils down to players being inexperienced and they are getting the experience playing Manning Cup,” he said.