‘Joyful to be on top’ 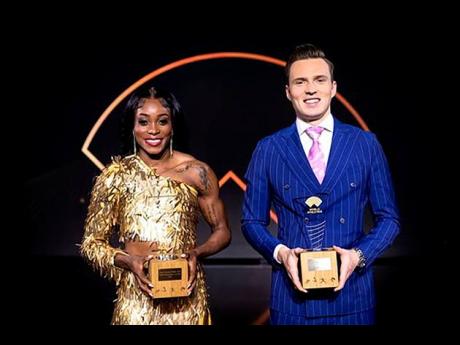 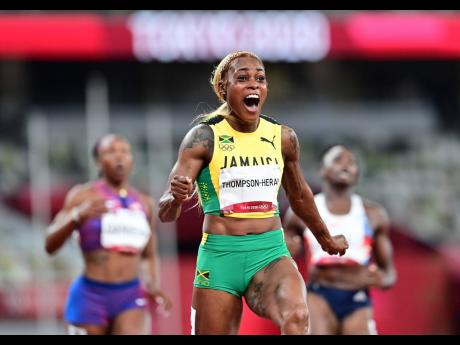 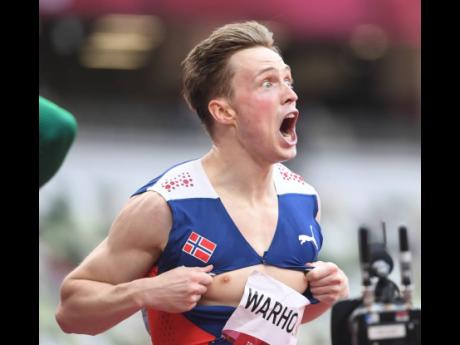 Gladstone Taylor
Karsten Warholm of Norway reacts by ripping his shirt after breaking the Olympic record in the 400m hurdles final at the Tokyo Olympic Games in Tokyo, Japan.
1
2
3

OVERWHELMED WITH pride, Jamaica’s sprinter Elaine Thompson-Herah expressed happiness at being on top of the world after being crowned as World Athletics’ Female Athlete of the Year.

Thompson-Herah, who won both the 100 and 200 metres at the Tokyo Olympics, was crowned yesterday in a ceremony presented online by the sports’ world governing body.

Especially good in the second half of the 2021 season, the 29-year-old Thompson-Herah joined Merlene Ottey and Shelly-Ann Fraser-Pryce as winners of the prestigious award.

Even though she is no longer with MVP coaching maestro Stephen Francis, she hopes to continue in the same vein next season.

“I just take it year by year,” she told World Athletics.

Mindful of the small margin, Thompson-Herah noted: “I went very close to the world record, so you know, anything is possible.

“Joyful to be on top after finishing as a finalist in the Athlete of the Year vote in both 2016 and 2020,” she added. “No spikes hanging up any time soon!”

Rojas and McLaughlin both set world records in Tokyo, with the American storming home in 51.46 seconds and Rojas bounding 15.67 metres.

Thompson-Herah marches forward as the only woman to win the Olympic sprint double twice.

“The World Championships in Oregon is most definitely my next big target. It is close to home. I hope friends and family can come out and watch.

“I hope I get some crowd as well. That couldn’t happen in Tokyo, but hopefully in Eugene I can get my friends and family to come and cheer me on,” she projected.

Thompson-Herah was selected as the queen of athletics for 2021 by a three-way voting process.

Norway’s Karsten Warholm was selected as Male Athlete of the Year by the same process, after a campaign where he broke the 400-metre hurdles world record twice.

In front of his roaring compatriots in Oslo on July 1, Warholm cut Kevin Young’s 1992 mark of 46.78 seconds down to 46.70 in his first 400m hurdles race of the season. Then the undefeated Norwegian produced a run for the ages in Tokyo, clocking 45.94 to become the first man to pierce the 46-second barrier.

“I’m so happy for this,” said Warholm. “First, when I saw the time (in Tokyo), I was like: ‘This must be a mistake’, because I didn’t see that one coming. And I didn’t see the victory coming before crossing the finish line.

“It was a very intense race, I knew the American and the Brazilian and all the other guys were really chasing me. I always go out hard, and I never know what is going on behind me. I was just fighting all the way to the finish line. When I realised 45.94 was the reality, I was thinking: ‘This is not too bad. I’ll take it!’”

World Athletics President Sebastian Coe congratulated all of yesterday’s winners and finalists on their extraordinary achievements this year.

“We have this year celebrated some jaw-dropping performances in Tokyo, at the World Athletics U20 Championships in Nairobi, and through our one-day meeting circuits – the Wanda Diamond League and the Continental Tour. So we’re delighted to recognise some of our stars at tonight’s awards,” said Coe.

“As a sport, we are in an incredibly strong position -- 2021 has been an excellent year. We cemented our position as the number one Olympic sport coming out of Tokyo, we have the most God-given talented athletes on the planet, and our sport is the most accessible of all sports,” Coe added. “Thank you to all our athletes around the world. I am looking forward to watching what you can all do in 2022.”