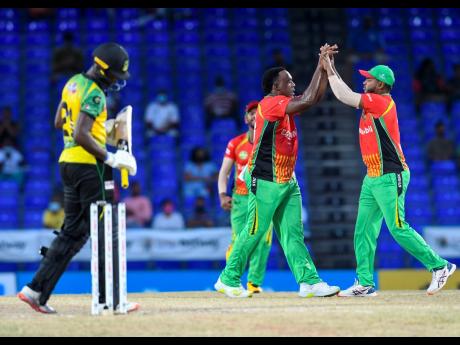 Jamaican all-rounder Odean Smith’s name has been on the lips of several cricket pundits, who believe the burly right-hander is ready to secure a permanent place in the West Indies white ball set-up.

Smith, along with four other newcomers, Justin Greaves, Dominic Drakes, Shamarh Brooks and Gudakesh Motie, has been named in the West Indies One Day and T20 squads to face Pakistan in three T20s and three ODIs from December 13 to 22.

The hard-hitting right-hander and speedy right-arm pacer will be embarking on his second tour to Pakistan with the senior West Indies team, following two T20s in 2018.

The ODI call-up will be the first for Smith, who caught the eyes of the West Indies selectors following his pace and lower-order hitting for the Guyana Amazon Warriors in this year’s Caribbean Premier League (CPL).

“I had a good Super 50 and CPL with both bat and ball, bowling fast and striking the ball well. So consistency in both aspects of my game gave me a good opportunity to be named in both squads” added Smith.

The St Elizabeth native is relishing the opportunity to add to his two T20s and to make his debut for the One-Day team.

“It is not my first international call-up but it feels that way. It’s always a great feeling representing the region and your country. I’d like to get some wickets and make some runs, but also to use this opportunity to get better,” said Smith.

TRYING TO CEMENT PLACE ON TEAM

With players the likes of Andre Russell, Jason Holder and Obed McCoy unavailable for the tour, Smith is keen on putting in worthy performances to cement his place in the team for future tours.

“My performances will be key and, if I can remain fit and keep my game consistent, I think I would be fit for future tours.”

The West Indies lost their T20 series against Pakistan in the Caribbean, 1-0, and Smith is hoping he can play a major part in not only getting some revenge for the region but helping the team to rebound from what was a disappointing T20 World Cup campaign just recently.

“I’m expecting the guys to give a good fight. Pakistan is a very good side and I believe, if I can use my all-around ability to affect the game in as many ways as I can, and that helps us to win the series, I will be satisfied.”