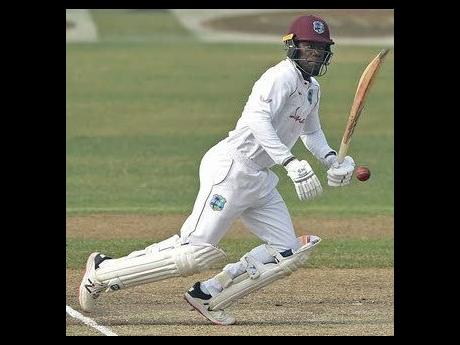 WEST INDIES middle-order batsman, Nkrumah Bonner, has jumped 17 places in the MRF Tyres ICC Men’s Test Player Rankings, after ending the recent Sri Lanka tour as the most successful batsman for the Caribbean side.

He is now 42nd in the rankings released by the ICC today.

Test captain Kraigg Brathwaite was the only other West Indies batsman to make gains, moving into the top 40. He now stands at position 39, up 10 places in the rankings.

This week’s update takes into consideration the performances from the Galle Test that Sri Lanka won by 164 runs to complete a 2-0 series victory and remain atop the ICC World Test Championship points table.

Despite the whitewash, the 32-year-old Bonner, who made his Test debut for the West Indies in February this year, emerged the regional side’s top run-scorer, amassing 148 runs at an average of 49.

The right-hander’s undefeated 68 on the final day of the opening Test was the highlight for the touring side. That innings lasted 220 balls and just over 4-1/2 hours. In the second Test, Bonner was again the standout with scores of 35 and 44.

He and Brathwaite, who put 119 runs on the board over the course of the two Tests, were two of just three players to pass 100 runs overall and only two of three to hit half-centuries.

Meantime, Jason Holder remains the leading allrounder in the Test rankings. He also advanced one spot to reach 14th among bowlers.