Pelé in hospital due to colon tumour 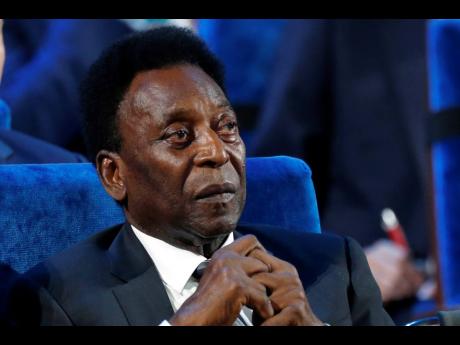 AP
File photo shows Brazilian Pele while attending the 2018 soccer World Cup draw at the Kremlin in Moscow on December 1, 2017. Pele was today hospitalised once more in Sao Paulo to continue his colon tumour treatment.

Hospital Albert Einstein said in a statement today that 81-year-old Edson Arantes do Nascimento is "stable and expected to be released in the next few days".

Pelé's assistant Pepito Fornos told The Associated Press that Pelé is having chemotherapy sessions to treat the tumour that was found during routine exams at the end of August.

Pelé was briefly put in intensive care after surgery on his right colon. He was discharged on September 30, almost one month after being hospitalised, and doctors said he would begin chemotherapy.

Pelé had been recovering at his home in Guarujá, outside Sao Paulo. He published several videos and photos on his social media channels showing his health is improving.

The Brazilian's latest Instagram post was published on Tuesday; a picture of him and another World Cup winner, Germany great Franz Beckenbauer.

Before his health scare, Pelé had been staying out of the public eye following the cancer-related death of his brother, Jair, in March 2020.