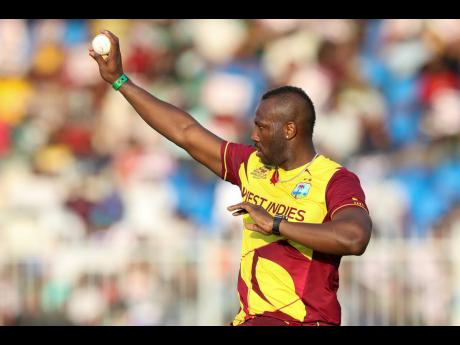 WEST INDIES T20 superstar Andre Russell will join the Melbourne Stars for the ongoing Big Bash League (BBL), returning to the tournament for the first time in four years, the franchise announced on Tuesday.

The 33-year-old allrounder will join the Stars for a five-game stint, beginning with their first home game of the BBL when they host Sydney Thunder – which Russell previously played for – at the MCG tomorrow.

In the season opener on Sunday, the Stars suffered a competition-record 152-run defeat at the hands of Sydney Sixers and Russell, who is ranked fifth in the T20 Player Index, said he hoped to be an asset to the squad as the 11th edition of the tournament continues.

“The guys went down in the first game and I’m definitely here to give the guys a boost, and hopefully, I can contribute and help them cross the line,” he said during Channel 7’s broadcast of day one of the Ashes Test at the Gabba.

“Playing at the MCG, I always try to test my skills … . I’m just here to experience and to showcase my talent, so (I’m) happy to be part of the Big Bash once more. It’s been a couple of years, so I’m looking forward to go.”

“To have someone of Andre’s quality play for the Melbourne Stars is a huge signing for our club,” Hussey said. “We want our Stars family to watch the best players in action at the MCG, and Andre is world-class. I can’t wait to work with him in the time that he’s here, and look forward to his debut on Friday night.”

Russell is currently completing his mandatory 72-hour quarantine following his arrival in Sydney.

The right-handed power hitter is coming into the BBL on the heels of a Man-of-the-Match performance of 90 not out off just 32 balls (nine fours and seven sixes) that helped propel Deccan Gladiators to victory in the Abu Dhabi T10 final last Saturday night.

He will call the injury-plagued Stars his home for the first time in the BBL, having represented the Sydney Thunder and Melbourne Renegades previously.

The Jamaican played 19 games for the Thunder across three seasons from 2014 to 2017, with his last BBL appearance coming in early January 2017, when he was stretchered off Spotless Stadium in a game against the Stars.

The next month, Russell was banned from the sport for a year for three doping whereabouts rule violations dating from 2015, and had not been back to the tournament before now.