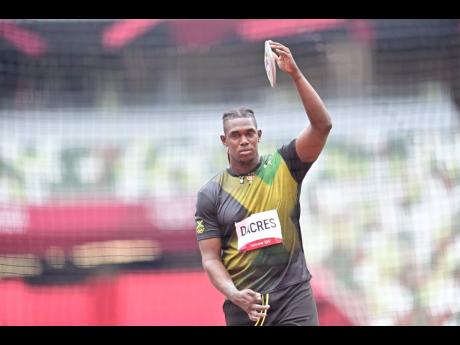 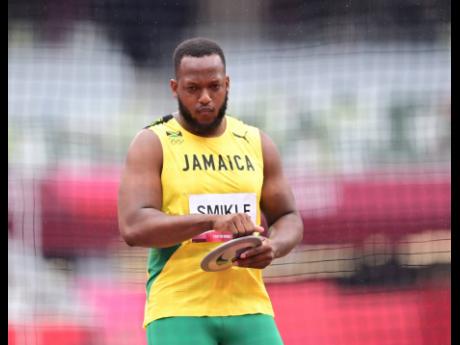 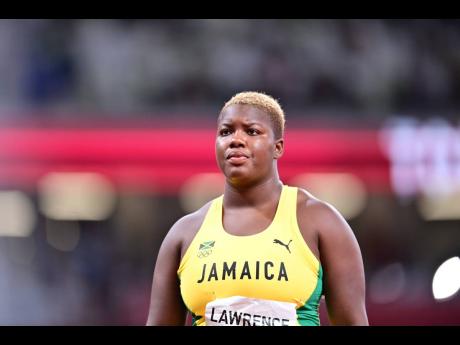 BIG DISCUS throws this month by Fedrick ‘Banjay’ Dacres and Traves Smikle have confirmed that their training is tracking in the right direction for the 2022 athletics season. That’s the observation of their coach, Julian Robinson. He says they haven’t begun to emphasise explosive work in training yet.

Smikle, the 2017 World Championship finalist, broke his own meet record 64.63 metres – at the Tyser Mills Invitational at the GC Foster College of Physical Education and Sport, with an early mark of 64.81 before Dacres, the 2019 World silver medallist, took over in round five with 65.33. Smikle, a smooth left-hander, responded with a 64.92 in round five as they produced the longest throws by Jamaicans ever in December.

To top off a good day for the coach, Tokyo Olympic finalist Shadae Lawrence launched her disc 59.38 metres.

“All of the athletes are still doing preseason work. They’re doing high-volume work, throwing heavy implements so to put down those performances, it’s an indication that we’re doing something right,” he affirmed.

According to Robinson, missing the Olympic final has made Dacres shift into a higher gear.

“I was disappointed but for Fedrick’s development, there’s a part of me that was happy that he got disappointed, and so right now, he’s focused, he’s working hard and he has passion and hunger and fire in his belly. He’s training well. He’s getting stronger. He’s getting bigger,” Robinson noted.

“There came a point in time where I thought he had become complacent, but that period is no more and he’s working like how I would want him to work,” the coach said of the 2019 Pan-American and 2018 Commonwealth Games winner.

Smikle had a low-key showing at the Olympics.

“He had a lot of injury woes last season and he still has injury problems but not as much, so I have to train him differently. I cannot give him the amount of load that I would give Banjay [Dacres] so I have to make adjustments. He has done back-to-back bad years so he’s hungry,” the coach relayed.

“He wants to reverse the bad years and throw according to his potential,” Robinson revealed.

In Tokyo, Lawrence became the first Jamaican woman to reach an Olympic discus final, and Robinson says the achievement has boosted her confidence.

“She has never thrown this well so early, so I want more from her and she wants more for herself,” the coach offered.

“It means a lot to her and we have high expectations and we’re doing our best to put our best foot forward when the time is right,” he said with his mind on the 2022 World Championships in Eugene, Oregon.