Fans not being shut out of Carifta ... yet 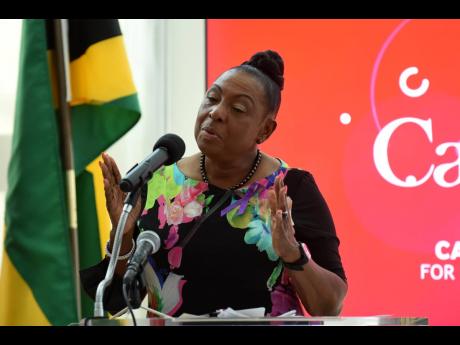 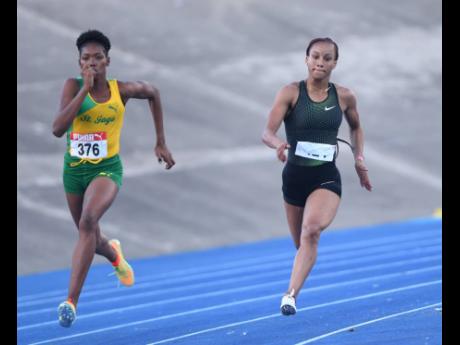 Ricardo Makyn
From left: Joanne Reid of St. Jago High School and Briana Williams runs the corner of the 200 metres at the National Stadium during a Carifta trials in 2019.
1
2

SPORTS MINISTER Olivia Grange says the door has not been closed on spectators being allowed to attend the 2022 Carifta Games.

Grange was speaking at last Thursday’s press briefing to mark the countdown to the 49th edition of the competition, which is scheduled to be held from April 16-18 at the National Stadium.

Jamaica was awarded hosting duties after Guyana pulled out because of COVID-19 complications. The recent surge in cases on the island has led to Local Government Minister Desmond McKenzie not allowing fans for the latter stages of the schoolboy football season as well as international cricket matches during Ireland’s tour of the West Indies.

However, Grange said the ministries are considering options to allow spectators should the current situation improve to attend the games in three months.

“I understand that with this pandemic there are many doubts and a lot of uncertainty, but please rest assured that Jamaica will put all the necessary safeguards in place to ensure a safe staging of Carifta, and if the conditions are favourable, to allow for spectators,” Grange said.

“That is what we are working towards. And I know the local organising committee is working hard to make the staging of the games the most memorable one.”

The daily COVID-19 figures have reached the thousands as Jamaica reported 1,499 cases last Saturday and 953 on Sunday.

Local Organising Committee (LOC) chairman Mike Fennell indicated in November that they were looking towards having a full-capacity crowd at the National Stadium but stated that it would depend on what the approved protocols would be at the time.

Fennell said there would be a meeting with government agencies today to further discuss the conditions that will be required to safeguard the athletes as well as to review the likelihood of fans being approved to attend the event.

“We cannot give you a time now. The government agencies are not in a position to tell us what will be required in April. Obviously, they are monitoring the situation on a daily basis,” Fennell said.

Should approval be given, it would be the second event in Jamaica that fans would be allowed to attend. Last November, fully vaccinated fans were allowed to watch Jamaica’s World Cup qualifying game against the United States at the National Stadium with an online ticketing system used to verify patrons’ vaccination status.