Young Reggae Girlz have support on the way 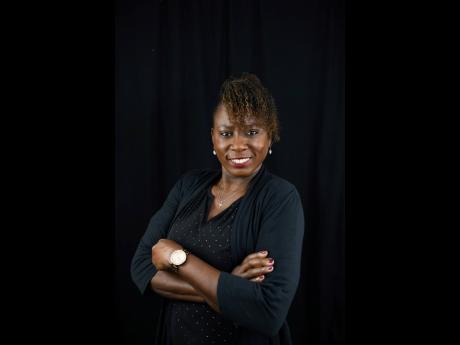 PRESIDENT OF the Reggae Girlz Foundation Michelle Adamolekun is expressing support for the Young Reggae Girlz, who she believes can follow the example of their senior counterparts, who historically qualified for the World Cup in France back in 2019.

With trials for the Under-17 and Under-20 teams ongoing at the Captain Horace Burrell Centre of Excellence, UWI, Mona, Kingston, Adamolekun and her Reggae Girlz Foundation team said they are ready to give whatever support necessary.

Formed in 2018, Adamolekun said the catalyst for its formation was the recognition of the large pool of talent in Jamaica and across the diaspora, and the fact that the country has been hampered from truly competing because of financial challenges.

“Ultimately, we recognise that the reasons we historically have not been able to compete at the same level as other countries is we are a small island with limited resources. However, through the Reggae Girlz Foundation, we have the opportunity to support the Women’s Football Programme financially and with other needed resources where possible,” she said.

According to Adamolekun, resources should never be an issue for a team with as much talent as is to be found in all the Reggae Girlz units.

“To me, for these young women not to be able to achieve their goals and reach their full potential because of socio-economic gaps or barriers is unfortunate. Through the foundation, we have the opportunity to bridge these known gaps/barriers and help level the playing field, so they have a fighting chance to achieve their goal and reach their potential,” Adamolekun told The Gleaner.

Calling on the diaspora at large, Adamolekun said with over three million Jamaicans across the diaspora, the foundation should be well funded.

Adamolekun was also quick to point out that while the organisation works to support the Jamaica Football Federation (JFF) Women’s Football Programme, they are an independent entity – with a 501c registration in the United States. Therefore, all donations are tax-deductible.

“We partner with other foundations like the Bob Marley, Rita Marley and Zuree foundations, and other organisations like Golden Krust, Armwaves, as well as officials like Consul General Oliver Mair and Commissioners Alexandra Davis, Maxwell Chambers and Dale Holness to support the women’s football programme, and right now we are ready once more to throw our support behind them,” she shared.

According to the president, there is a fund with US$10,000, which the foundation said will be available to the JFF for use where it is most needed.

Those funds, Adamolekun explained, came from a partnership with Atlanta-based Golden Krust and was originally intended for the 2020 U17 World Cup campaign. That World Cup was cancelled because of the COVID-19 pandemic.

The Reggae Girlz Foundation raised over US$60,000 in 2019, funds which were distributed to efforts in support of the Women’s Premier League and the Reggae Girlz youth and senior teams.

“We work to understand where JFF have budget gaps and then we support through our fundraising efforts,” said Adamolekun.

Looking ahead, Adamolekun said the expectation is to continue to support the women’s programme no matter what. Highlighting the gap that COVID has created for everyone across the globe, she stressed that these young women are filled with talent and potential and the support is needed now more than ever.

Early this year, the association is expected to start a scholarship fund to provide support to Young Reggae Girlz headed to college.