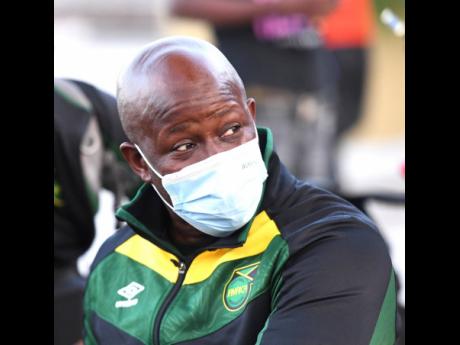 “It is not something that I was expecting because he is a vital member of what we are trying to do,” said Hall.

“It was a personal decision for him to remove himself from selection for the upcoming qualifiers and we can only now focus on the players who will be here and who can help us in the next few games,” he said.

The Reggae Boyz who have six matches remaining in the qualifiers will face the Mexicans on January 27 at the National Stadium before tackling hosts Panama three days later in Panama City. They will round out their three-match series in the next international break against Costa Rica on February 2 at the National Stadium.

Jamaica will close their campaign with three more games in March. The first match is against El Salvador at home on March 24, they then face Canada away on March 27 and Honduras on March 30 at home. Nicholson is the joint leading scorer for Jamaica in the World Cup qualifiers along with Michail Antonio with two goals each.

Hall underscored that Nicholson will be missed by the team because he has done well for the Reggae Boyz in the qualifiers.

“He is a big part of what we are trying to do and what we have done and this is something that we were not expecting,” Hall said.

“However, we have to push on and for the personal decision, we wish him all the best but we have to make sure that we push on and just focus on the squad that is going to compete,” he said.

Nicholson’s agent, Kevin Cowan, told The Gleaner yesterday the player asked to be excused from the upcoming qualifiers because of a “complicated personal matter” but he remains fully committed to his country.

The table is led by Canada on 16 points, with the United States next on 15 while Mexico and Panama round out the top four with 14 points each. Costa Rica are just ahead of the Reggae Boyz on nine points. The top three countries from Concacaf qualify automatically to the FIFA World Cup. The fourth-place country will enter a play-off for the final berth.