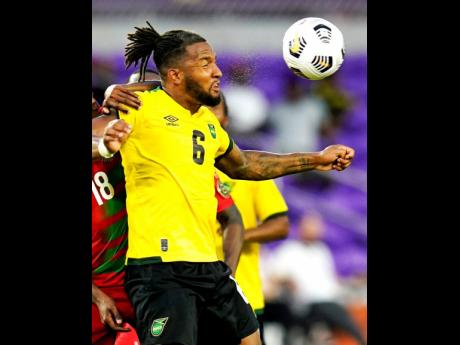 Reggae Boy Liam Moore has spoken of his “incredible shock” following a weekend decision by his English club Reading to strip him of the captaincy, after he is said to have told manager Veljko Paunovic that he wanted to leave.

The Championship strugglers, nicknamed the Royals, who have slipped to 21st in the league, just three points above the relegation zone, said they had now decided to make the extent of 28-year-old centre-back Moore’s discontent public.

A statement on Saturday night said: “We are disappointed that Liam, a player awarded one of the club’s most significant contracts, has now stated his intention to move on.”

Reading’s announcement came after a terrible week in which they lost to sixth-tier Kidderminster Harriers in the FA Cup, leaked seven goals at home to Championship leaders Fulham and suffered a third straight defeat at Middlesbrough.

In their statement, Reading said United Kingdom-born Moore, who made his debut for Jamaica last year but has been out of club action for a month through injury, had stated “his clear desire to leave” for several months.

“Whilst we have patiently waited for his representatives to provide us with options for us to consider in helping him fulfil that request, no offer or opportunity has been presented to the club to date,” they said.

“Our club, together with its manager, is intent on selecting players in the first team squad who are dedicated to giving their absolute all to Reading. That starts with our captain. As a result, Moore will no longer be given the honour of our club captaincy.”

Moore hit back in a seven-word social media post accompanied by 18 emojis of a man face-palming, saying: “Incredibly shocked by the club statement tonight.”

Moore has not played since a 1-0 defeat against West Bromwich Albion on December 11 because of what has been described as a “soft-tissue” injury.

Moore joined Reading from Leicester City in 2016 and, amid heavy transfer speculation, signed a new five-year deal in 2018. He has made a total of 230 appearances for the Royals, including 17 this season.