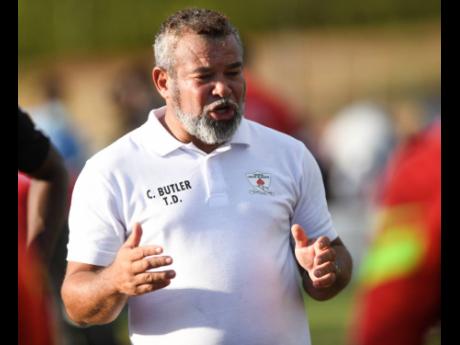 FOLLOWING THE Inter-Secondary School Sports Association’s (ISSA) decision to disqualify Mona High School from the Walker Cup final, coach Craig Butler told The Gleaner he will step away from schoolboy football after just one season.

According to Butler, he was genuinely unaware that the Walker Cup was seen as an extension of the Manning Cup, and that he would not knowingly play the two players, who were red-carded in their previous game, a Manning Cup quarter-final against St Andrew Technical High School.

However, he believes that over the course of the season he has received some very unfair treatment from various quarters and no longer wants to coach schoolboy football.

“I do not believe we were wrong. I would not use two players on red cards in a nationally televised game if I know they were ineligible.

“I will continue to ensure the development of the players but I will be stepping away from school football,” he commented.

Principal of Mona High School, Keven Jones, is of the view that Butler made a genuine error but insists the school stands by him and hopes to convince him to continue.

“Coach Butler is a very good coach. We put him in charge and the man got the boys believing they can do it.

“So we stand by him. It was a genuine error on his part. It is also a learning experience for him coaching for the first time at the schoolboy level,” he said.

“But Mr Butler has done an exceedingly good job at Mona High School. We are not letting him go. Mr Butler is good for Mona at this time and we are looking to retain him for next year and for the future,” he stated.

Meanwhile, to ease the disappointment of their Walker Cup disqualification, Butler revealed he would be taking the Mona players on a three-week tour of Spain and Portugal.

Jones also revealed that they appealed the decision by ISSA but were unable to sway the association’s verdict.

“We wrote to ISSA explaining our position. They wrote back pointing that the rule, which says the player must sit out the next match for which he is eligible, is very clear.

“So we just have to regroup and refocus and hope that we do better next year,” he said.

“He (Butler) is a good coach and genuinely read it wrong. And since the rule is ambiguous ISSA should take some responsibility and try clarify it for upcoming seasons and don’t just leave it up to the schools to determine what the rule is saying. Be explicit as much as possible,” he added.