Thompson Herah, Parchment on top for 2021 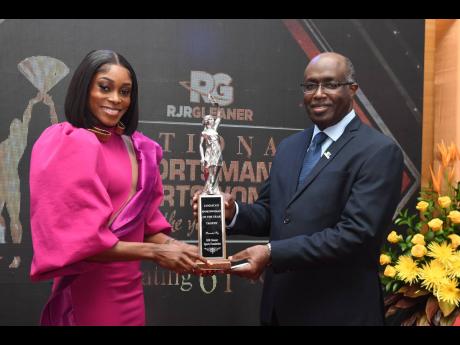 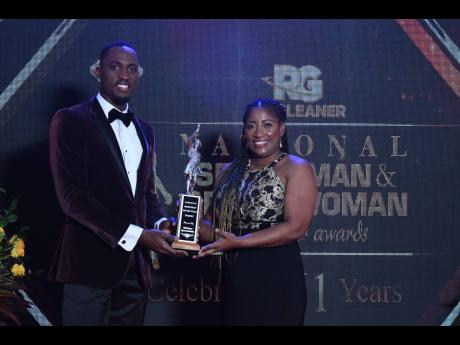 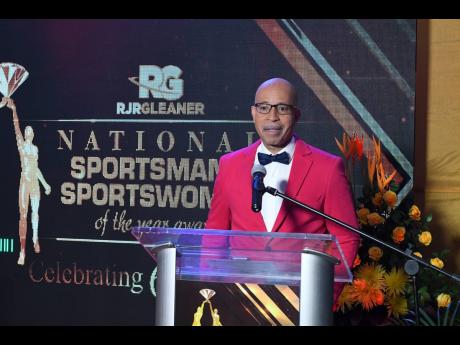 Courtesy of The RJRGLEANER Sports Foundation
Lance Whittaker replying to being awarded Chairman’s Award 2021 for more than 35 years of excellence in sports journalism at the national, regional and international levels.
1
2
3

The event was a virtual affair due to the COVID-19 pandemic. Thompson Herah, who had an outstanding year and was also named World Athletics Female Athlete of the Year, won her second Sportsman of the Year award, mainly on the basis of her Tokyo Olympics gold medal triple – 100 metres, 200m and 4x100m – in Tokyo and her amazing 10.54 seconds run over 100m in a Diamond League meet in Eugene, Oregon. Parchment lifted the award for the first time after mining gold in the 110 metres hurdles in Tokyo.

Runners-up for the two major titles were sprinter Shelly-Ann Fraser-Pryce and hurdler Ronald Levy. Fraser-Pryce took silver in the 100m behind Thompson Herah in Tokyo while Levy earned bronze in the 110m hurdles.

Other major awards presented were the Chairman’s Award to veteran journalist Lance Whittaker for more than 35 years of excellence in sports journalism at the national, regional and international levels and The Gleaner Newspaper Iconic Award which went to former West Indies fast bowler and now retired ace cricket commentator Michael Holding.

The People’s Choice ‘Performance of the Year Award’ went to Fraser McConnell for his historic win in the Nordic Rally Cross Series in February. Edwin Allen High’s sprinter Tina Clayton won the VM Group Youth Award for her victory in the 100m at the World Under-20 Championships in Nairobi, Kenya, last year. Also presented on the night were the Secondary School Awards (ISSA) to Javier Brown of Jamaica College; and Tina Clayton of Edwin Allen High.