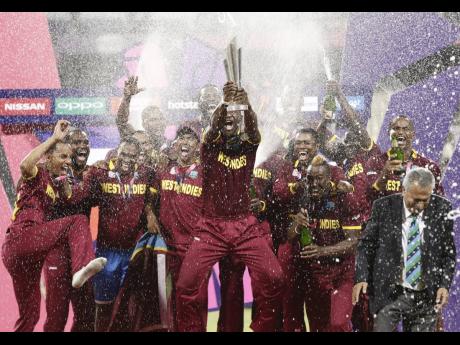 The Indian Cricket Board (BCCI) has shifted next month’s white-ball series against West Indies to only two stadiums instead of six, in order to “mitigate biosecurity risks” amid the ongoing COVID-19 pandemic.

Originally, the February 6-20 six-match series was scheduled for individual venues but the BCCI said Saturday the three-match One-Day International (ODI) phase will now be hosted at the Narendra Modi Stadium in Ahmedabad, while the three-match Twenty20 segment will be played at Eden Gardens in Kolkata.

“The decision to limit the series to two venues instead of six, as originally announced, has been done to mitigate biosecurity risks by cutting down on travel and movement of the teams, match officials, broadcasters, and other stakeholders,” a BCCI statement said.

India is battling a new wave of infections, the south-Asian nation reporting 333 533 new cases on Saturday to lift overall active infections to 2.1 million.

The country has recorded just over 39 million cases and 489,000 deaths since the start of the pandemic.

Last December, West Indies were forced to abort the ODI phase of their tour of Pakistan following the three-match T20I segment, after a COVID-19 outbreak in the camp left them with a threadbare squad.

Late last year, the BCCI had identified Ahmedabad, Jaipur and Kolkata as venues for the three ODIs, and Cuttack, Visakhapatnam and Thiruvananthapuram for the T20 Internationals.

Since then, however, cases have multiplied quickly as the highly transmissible Omicron variant has taken root across the country.

The series will represent West Indies’ first overseas trip of the year and will come on the heels of their ongoing five-match T20 International series in Barbados against world number one England.

West Indies last toured India in December, 2019 losing both the ODI and T20I series by 2-1 margins.