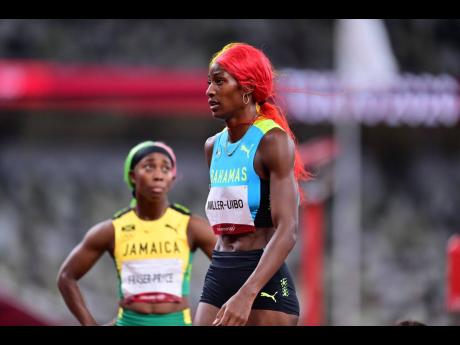 The tall Bahamian lowered her personal best to 48.36 seconds in Tokyo, and now both coach and athlete think she can go faster.

“We want her to continue to build on her performance last year,” Brauman told Brent Stubbs of the Nassau Tribune on January 14.

“We want her to try to stay healthy as she gets ready to run and keep building on what she’s done over the past few years. She’s run 48.36 now and we both think she can run even faster. The plan is to run in the 47s and maybe take a legitimate shot at the world record,” the coach said.

The world record is 47.60 seconds, done by East German Marita Koch at the 1985 World Cup in Canberra, Australia.

Koch and Czech superwoman Jarmila Kratochvilova are the only athletes to have broken the 48-second barrier Miller-Uibo has her eye on.

The 27-year-old Bahamian is the sixth-fastest woman of all-time. Her previous personal best – 48.37 – was in a losing effort at the 2019 World Championships, with Salwa Eid Naser of Bahrain taking the gold in 48.14 seconds. Absent last year due to a doping test whereabouts violation, Naser is the third-fastest of all time.

According to the Tribune story, Brauman and Miller-Uibo are also targeting times in the 21.5 range for the 200 metres, where she is the defending Commonwealth champion. That aim corresponds with the winning time at last year’s Olympics – 21.53 seconds by Jamaica’s Elaine Thompson Herah.

However, no decision has been made about which events she will do at the World Championships in Eugene, Oregon, this July.

“She’s training for both events so we will continue to do both races during the season, but whether she does both of them at the championships or the games will depend on the year and the schedule,” Brauman was reported as saying.

“As for which event she will concentrate on during the meet, it all depends on how she’s training and what she looks like going into the championships,” explained the coach who trained Campbell-Brown to Olympic-winning performances in 2004 and 2008.

Miller-Uibo last tried the double at the World Championships in 2017 and faltered while leading the 400-metre final, finishing fourth. She returned to win the bronze medal in the 200 metres.

In Tokyo, she was restricted by injuries to an eighth-place finish in the 200.