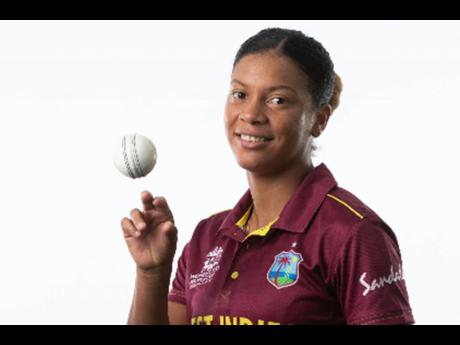 WEST INDIES Women brushed aside a South Africa Women XI by 53 runs in a warm-up match here on Tuesday, to give themselves a welcome boost in confidence ahead of Friday’s opening One-Day International (ODI) against the hosts.

Playing at the Wanderers, West Indies Women were dismissed in the 47th over for 202, with Shemaine Campbelle top-scoring with 42 and Rashada Williams getting 30.

Nadine de Klerk was the best bowler with three for 27, while fellow seamer Tumi Sekhukhune picked up two for 20.

In reply, the hosts were bundled out for 149 off 37 overs, with Cherry-Ann Fraser claiming three for 11 and fellow pacer Shamilia Connell finishing with two for 13.

Tazmin Brits, who has played ODIs and Twenty20 Internationals for South Africa, hit 32, while the uncapped Delmari Tucker made 24.

“I thought the girls did well. It was good to get out in the middle and play today,” said head coach Courtney Walsh.

“We haven’t played a lot of cricket of late, so even though it was a practice match, the execution and atmosphere was pretty [good]. Most of the girls had decent knocks and a decent bowl as well.

“This win will give us confidence going into the series [yes], but also for the World Cup.”

West Indies are preparing to face South Africa Women in four ODIs at the Wanderers from January 28 to February 6, their first series since the aborted ICC World Qualifiers last November in Zimbabwe, and their last before heading to the ICC World Cup.

Walsh said he was impressed with Fraser, the 22-year-old right-armer making her presence felt in one of her few opportunities at the highest level.

“It is good to see the newcomers putting their hands up, and Cherry-Ann did that today,” Walsh said.

“She bowled pretty well. Bowled decently, consistently, got a couple of wickets as well, and this will give her confidence.

“And that’s why it’s important to play in the middle and play these games. She will be feeling a lot better after this performance.”

West Indies will be one of eight teams contesting the ICC 50-over World Cup in New Zealand from March 4 to April 3.