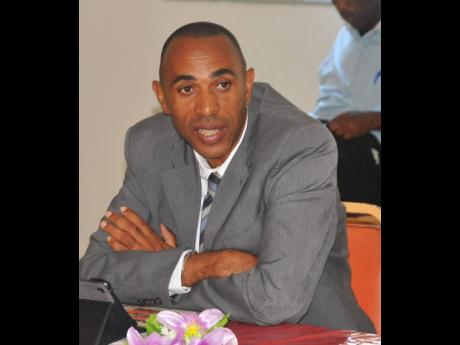 Following the successful staging of the 2021 ISSA/GraceKennedy Boys and Girls’ Athletics Championships and the Manning and daCosta Cup football competitions, ISSA president Keith Wellington says they will be rolling out a number of other sports starting next month.

Approvals are still being processed, but he said plans are well advanced, and he is confident that sports like netball, basketball, and cricket will follow swimming, which also returned recently.

“We are planning to, basically, resume all other team sports for this term. We have netball, basketball, and cricket scheduled for February.

Although cricket, netball, and basketball will follow the successful return of schoolboy football and track and field, Wellington said there is more to come before the conclusion of the school year.

“There are also plans to get others going. Swimming was done. We are looking to start others like under-14 and -16 football, volleyball, and female football. There are still concerns about athletes not being associated with competitions, so we are not going to see the pre-COVID-19 numbers, but at least we get close to our aim,” he said.

Wellington added that the association will have to bear the financial burden of supporting these competitions but insists that it is a sacrifice they must make to ensure the complete development of the students.

“Most of these competitions are not sponsored, so it is ISSA that will bear a significant part of the cost in terms of officiating, COVID-19 measures, and other logistics.

“We are hoping that things will improve and we will get the chance to provide an opportunity for the kids because the more they are not involved in sports, the greater they decline in their development, and we want to ensure that we do not delay their development,” he said.

St Elizabeth Technical High School cricket coach Clive Ledgister and Excelsior High football coach Xavier Gilbert have both praised the association’s effort to get the resumption of other school sports.

“It means a lot to the development of the sport and the student-athlete. We welcome it,and we must commend the organisers for making the effort to resume sports,” Gilbert commented.

Ledgister said he was happy that several sports will now see some action. “It is a joy to me. The youngsters for the last two years have been wondering when we will return, and they have been suffering. So to see ISSA making the effort for us to return to action on the field is a great feeling for me and the boys,” he said.