Jamaica’s hopes on the brink after 2-1 defeat 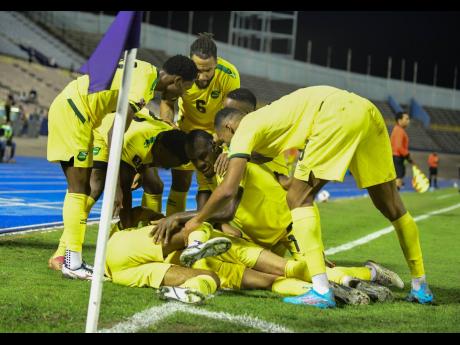 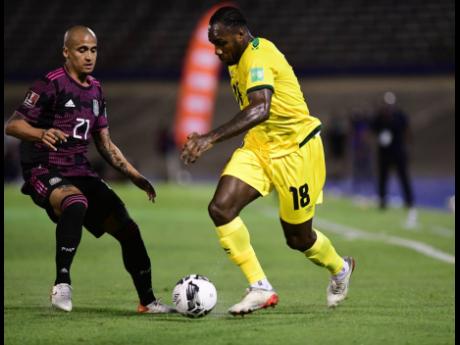 But she is tuning up the band.

Despite having the lead for nearly half an hour with 10 men, the Reggae Boyz could not hold on to their lead, losing 2-1 to Mexico at the National Stadium.

Daniel Johnson gave the home side the lead in the 50th minute, but goals from Henry Martin in the 81st minute and Alexis Vega in the 83rd minute continued Jamaica’s poor form at home in this campaign, having only collected two points from their four home games.

The Boyz played an entire half down with 10 men as Damion Lowe was ejected in the second minute of first-half stoppage time as the Video Assistant Referee (VAR) system was called into play, deeming that he made a dangerous play.

Paul Hall’s first World Cup qualifying team sheet included recalls for Brentford’s Ethan Pinnock and Preston North End’s Daniel Johnson, who were notable absentees in the November window. For Pinnock, he was making his first start since Jamaica’s 3-0 defeat to Panama on September 3.

With no spectators to watch the team, Jamaica struggled to get out of the blocks, with Mexico having the majority of the possession in the first half and the chances. Reggae Boyz goalkeeper Andre Blake managed to make a routine save in the first 15 minutes of the game but was challenged minutes later as he parried away a well-timed shot from Alexis Vega.

It took until the 18th minute for Jamaica to make an advancement into the Mexican half, but that didn’t result in anything fruitful as Mexico had free reign to possess and attempt to penetrate Jamaica’s defence. While Johnson managed to win duels in the midfield, and Pinnock anchored the defence, Jamaica had little offensive thrust. It took more than half an hour for Jamaica to give the Mexicans problems as Michail Antonio managed to get clear inside the penalty area, but his shot was blocked by a Mexican defender.

However, Lowe’s dismissal would put Jamaica in a hole after El Salvadorian referee Ismael Cornejo consulted the VAR to send him off after not initially calling for a foul.

With Jamaica forced to go the rest of the way with 10 men, they came out with more zeal in the second half. Five minutes after the restart, they got their reward.

From their second corner, the clearance fell to Johnson, and his low shot fired past Ochoa for his second international goal for Jamaica on their first shot on target.

Despite the man advantage, Mexico could not find a way to get an early equaliser. The best opportunity they had was after the hour mark when they had a shot sail over the bar. However, the Jamaica defence held. The wall was finally breached as Martin managed to force home a loose ball in the box to restore parity in the 81st minute. Two minutes later, the comeback was completed as Vega was left open on the left, and his shot from an acute angle went past Blake to the dejection of the players and their coach.

Jamaica will face Panama on Sunday before finishing the window at home to Costa Rica on Wednesday.