Shadae Green: From bodybuilding to bobsledding 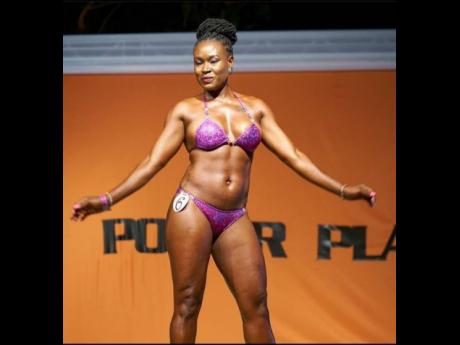 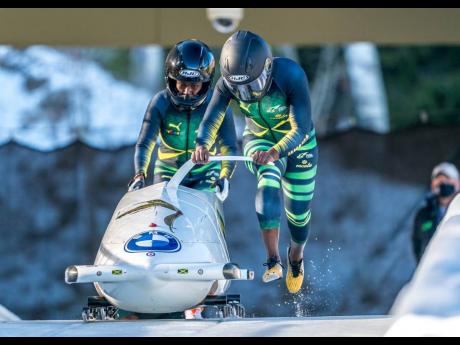 Former amateur bodybuilder Shadae Green is out of the heat and into the cold as she undertakes a new journey in sports after joining the Jamaica national bobsled team.

Green, a sports enthusiast, has participated in sports such as track and field and football at different stages in her life. Her most recent sport is bobsled, after making the switch from bodybuilding.

She said the move between both sports was not planned as she never saw herself doing bobsledding, but she had to stop bodybuilding because of financial constraints.

“I never thought I would be doing bobsled. However, when I saw that the Jamaica Bobsleigh and Skeleton Federation was doing a female athlete search, I thought ‘why not?’,” she said. “I had my doubts because I thought ‘I am 35, what if I don’t make the team? – younger and faster girls will be there – I am not a sprinter’.”

But after a few conversations with family members and close friends, she decided to go to the trials where she later made the team.

Bobsledding has since been her most successful sport, as she is a part of the national two-woman team and joined them on their Winter Olympics qualification journey as a brakewoman.

Green, who has enjoyed some success in amateur bodybuilding, such as a fifth place in the Power Play bikini contest in 2019, says there is no doubt that the two sports differ and she had to adjust to the different technicalities during training and competition.

“The lifting of weights in bodybuilding is done to build and focus on (certain) areas of the body. Whereas, for bobsled, it’s speed movement while lifting weights,” she said.

For Green, the differences between the sports go beyond technicalities, she had to learn to deal with different emotions while competing.

“(Bobsledding has been) emotional because I had to parent from afar – I am a single parent –(but) I was also excited that I was representing my country,” she said.

She is now happy with the choice she made and would encourage other Jamaican women to do winter sports.

Green had hopes of competing in this year’s Winter Olympics but those dreams were shattered after Olympian Jazmine Fenlator-Victorian lost her appeal for the Jamaican team to compete in the two-woman bobsled event at the Games in Beijing.

“My hopes and expectations for the Winter Games is for us to leave a mark that we are a force to be reckoned with and we are not underdogs,” she said.

Although Jamaica only participated in the monobob event for the women in Beijing, Green said the women’s team will continue to have an impact in the sport.

“The Jamaica bobsled team is more than a movie,” she added. Fenlator-Victorian placed 19th in the inaugural monobob event, in a combined time of 4:28:56 minutes in the Beijing Winter Games. The two-man bobsled team of pilot Shanwayne Stephens and brakeman Nimroy Turgott finished 30th in the event.