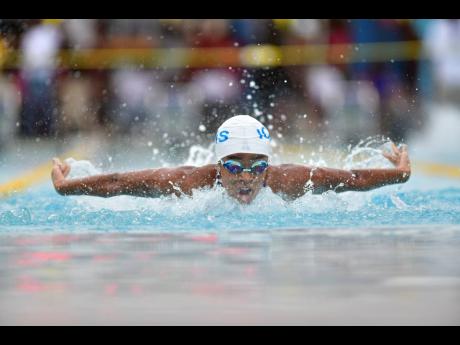 A very confident Jamaican swimming team will bow into action on today’s opening day of the Carifta Swimming Championships in Barbados.

The Carifta Championships, which pits the best swimmers from across the region, competing over five days, is making a return after the previous two meets were cancelled because of the COVID-19 pandemic.

Assistant coach Lynval Lowe says the Jamaican swimmers are pumped up and raring to go ahead of the start of the championships.

“This is very strong group and we are ready because the kids are motivated and ready to roll,” said Lowe.

“The weakest group that we have are the 11-12 swimmers but the 13-14 and 15-17 are strong and so we are going down there to perform well,” he said ahead of the team’s departure this week.

On the male side, Nathaniel Thomas, who won gold medals in the 13-14 two years ago, will be hoping to do well in the 15-17 age group at this year’s championships.

Lowe was unsure about the number of medals that the country is likely to win at the meet but said they are looking forward to some outstanding performances from the swimmers.

He stated that the preparations heading into the championships have been excellent and kids are fired up for the event.

“Some children had some hardcore training last week, and some of them are really upbeat about the training and, based upon that, they say they are really ready to perform, and we are looking forward to seeing that,” Lowe said.