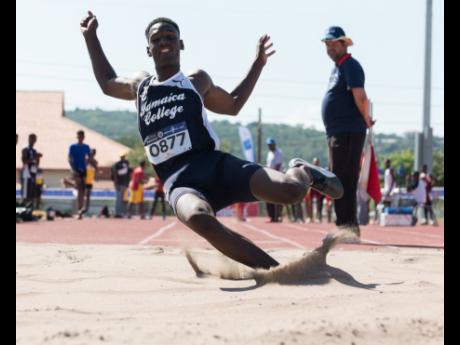 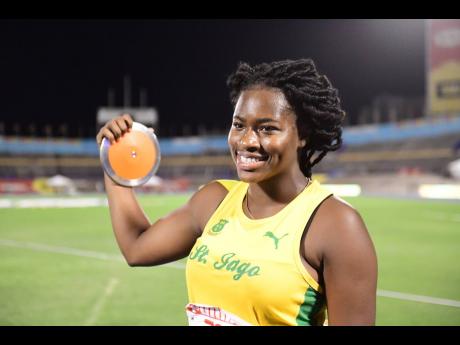 It goes without saying that Jamaica will have a great team at the Carifta Games which starts today. However, there are fine athletes coming to the National Stadium from all over the region. Here are six every fan should keep an eye on during the three-day event.

KEYSHAWN STRACHAN could be the next Caribbean javelin great, following in the footsteps of Keyshorn Walcott and Anderson Peters. The six foot five inches Bahamian giant erased Grenada’s Anderson Peters’ record at the last Carifta Games and now he has the longest Under-20 throw in the world this year – 78.63 metres –and the number four mark as well, 75.41. Those monumental throws by the Auburn University bound Strachan were the latest in a series of Bahamian records for the 2021 World Under 20 finalist.

By comparison, the next best mark by a competitor eligible for the Carifta Games is 62.34 metres by Jamaica’s Christopher Young.

CAITLYN BOBB won the Under-17 400 metres when the Games were last held in 2019, and the United States-based Bermudian could add an Under-20 medal to her Carifta collection this weekend. The University of Maryland Baltimore Country freshman clocked 53.50 seconds indoors to win the American East Conference title last month, and that might be enough for the NACAC Under-18 Champion in Kingston.

The top Jamaican in the field is leggy Oneika McAnuff at 52.38 seconds. If the Hydel High School captain is weary from Boys and Girls’ Championships or from a Carifta 400/400 hurdles double, Bobb could win.

JAMORA ALVES is riding a wave of success into the Games. Representing St Jago High School, the Grenadian won gold medals in the discus, 48.13 metres, and the javelin and a silver in the shot. Everyone in the discus has to respect Under-20 world leader Cedricka Williams, who had the proverbial bad day at the office at Champs, but Alves will be in the thick of things. An improvement on her 2019 Under-17 shot put bronze seems inevitable.

ANTOINE ANDREWS is the only boy who could step with the home team of Deandre Daley and Bryan Levell in the 100m. The bespectacled Bahamian is the fastest non-Jamaican on the Under-20 world list at 10.39 seconds. Andrews might also appear in the 110-metre hurdles, a discipline where he is the 2021 NACAC Under-20 champion.

He competed in the hurdles at the World Under-20 Championships last year in Nairobi, Kenya.

UROY RYAN, the lanky Vincentian, finished second in the Class One long jump at Boys and Girls’ Championships to Jaydon Hibbert but, with the Kingston College star qualified only in his favoured triple jump, Ryan is the favourite in the Under-20 long jump this weekend. It’s not just by default. Tutored in the jumps by JC expert Ruel James, Ryan leapt 7.75 metres for his Champs silver medal. That makes him the number two Under-20 long jumper in the world.

AHSHAREAH ENOE triumphed at Boys and Girls’ Championships as the gold medallist, after a stirring battle against Malaika Cunningham in the Class One high jump. They’ll swap their high-school outfits for the colours of Grenada and Jamaica and do it all over again at the Games. At Champs, Enoe edged ahead on misses at 1.76 metres to take the gold medal to Edwin Allen and both have the potential to clear 1.80.

Cunningham battled in vain at Jamaica’s Carifta Trials with Annishka McDonald who cleared 1.78 metres there. So a three-way contest is on the cards.