Risers, Kings kick off fifth round with wins in Jamaica T10 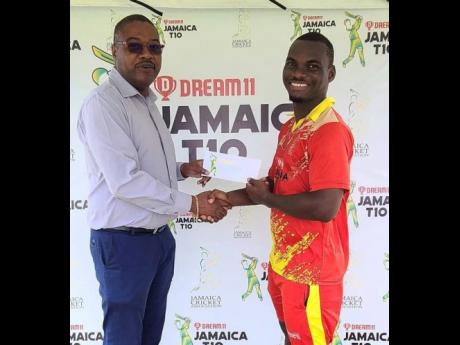 The Surrey Risers and the Surrey Kings secured victories in the fifth round of the Dream XI Jamaica T10 competition at Sabina Park yesterday.

The Risers got the better of the Middlesex Titans by four runs while the Kings had a seven-wicket win over the Middlesex United Stars.

In the opening encounter, the Risers posted 106 for five in their 10 overs with Delbert Gayle top-scoring with 35 from 21 balls with one four and three sixes. Ricardo Mcintosh chipped in with 27 and Chadwick Walton got 22.

Brian Buchanan grabbed two wickets for 23 runs, with Errol Thomas bagging two for 15. In reply, the Middlesex Titans fell agonisingly short and could only get to 102 for six. Sherdon Allen top-scored with 33, Wayne Davis scored 22 and Albert Gopie, 20.

Off-Spinner Akim Fraser was once again among the wickets, bagging three for 24.

In the second match of the double-header, the Kings continued their winnings ways after restricting the United Stars to 82 for six and then racing to 83 for three in 5.3 overs.

Oraine Williams and Kenroy Williams bagged three wickets and two wickets each in restricting the United Stars, despite 35 from 25 balls from Alwyn Williams.