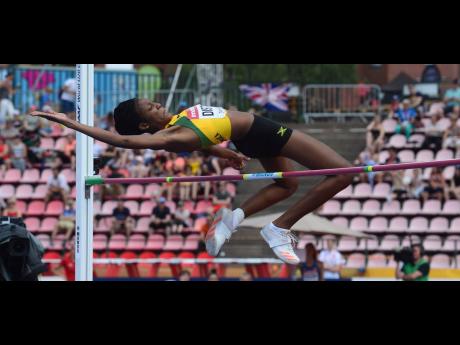 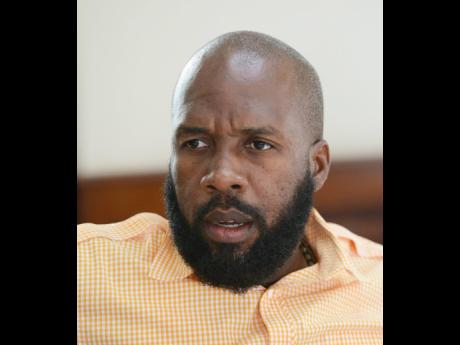 If Lamara Distin continues to fly in the high jump, no one will be happier than Hydel High School head coach Corey Bennett. Speaking just before the new national record holder steps onto the high jump apron at this weekend’s SouthEastern Conference Championships in Oxford, Mississippi, Bennett expressed his delight with her current form and improvement since her days at Hydel.

Distin, a 2018 World Under-20 high jump finalist, is currently on top of the World Athletics performance list with her national record of 1.97 metres. The Texas A&M University student-athlete cleared that height on April 30 to edge upwards from 1.96 a month earlier. Second last year at the NCAA Outdoor Championships, the former Rusea’s High, Vere Technical High and Hydel prospect won the NCAA Indoor title in March by sailing past 1.92 metres.

“It’s just a blessing whenever somebody can improve after leaving high school,” Bennett said.

Noting that she had knee surgery soon after going to college, he added: “To see her bounce back and have two excellent back-to-back seasons is really something that we admire and something that we’re happy for.

“She is next level,” he evaluated. “I mean, I’ve seen that girl jump 1.80m plus on a grass track by my field. I know she’s the real deal,” he added, affirming the quality of the young lady who set a Class One record of 1.87 metres for Hydel at the ISSA/GraceKennedy Boys and Girls’ Championships in 2019.

Bennett can see the Hanover native going even higher.

“Lamara is really a blessing to anybody to coach, and she’s so humble while doing it but she’s such a fierce competitor. Really and truly, all she has achieved, she deserves, and I know that two metres will be in the making once she continues to stay healthy,” he predicted.

If she can win the NCAA outdoor title, she will join Mazel Thomas and Kimberly Williamson as Jamaican winners of the crown. Bennett sees her going even further.

“I wish her all the best and I know that, once Lamara is in an environment where she is pushed, I think she will even be better and I think and I hope that she’ll be on the World Championship team, and I think she’ll be in that top eight,” he suggested.

Never one to underestimate the size of the task ahead in Eugene, Oregon, the United States city that will host this year’s World Championships, the Hydel coach continued: “I know it’s a very competitive field with all the competitors around the world but I know Lamara can be pushed. Lamara is motivated a little different from most and I think, once the field is competitive, she can get going.”