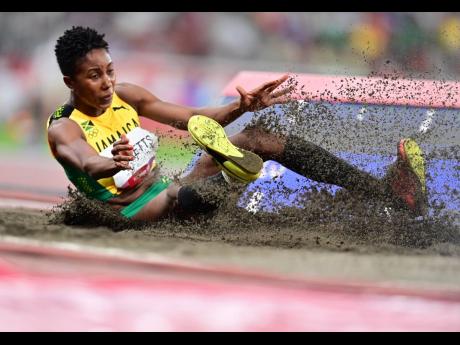 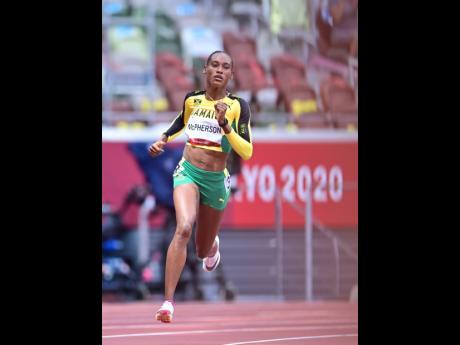 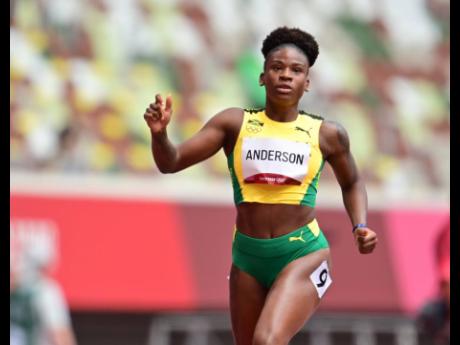 World championships silver medallist Shanieka Ricketts got her Wanda Diamond League season off to a winning start, capturing the triple jump event with a distance of 14.82 metres in Doha, Qatar, yesterday.

On a windy day, Ricketts, helped by a positive 6.5 metres per second wind, got her winning distance on her third attempt. Ukraine’s Maryna Bekh-Romanchuk came second with 14.73m and Dominica’s Thea Lafond was third with 14.46m. Ricketts’ national teammate Kimberly Williams was seventh with 14.28m.

While it was not a winning start to her campaign, Tokyo Olympic 100 metres bronze medallist Shericka Jackson ensured that she had a solid opening to her 200m slate.

Jackson clocked 22.07 seconds to finish second behind American Gabby Thomas who won the race in 21.98, a time which equalled the meet record. Reigning World champion Dina Asher-Smith of Great Britain came third in 22.37. Jackson, who came second in last season’s Diamond League final, has now completed her season openers for both short sprints after her run in 100m at the Jubilee Series last weekend at the National Stadium.

In the women’s 400m, Stephenie Ann McPherson opened her season by clocking 51.69 to place second behind Dominican Republic’s Marileidy Paulino who recorded an upset win in 51.20. Shaunae Miller-Uibo, the two-time Olympic champion, was third in 51,85 while Jamaica’s Olympic 4x400m bronze medallist Candice McLeod came fifth in 52.37. While disappointed with the result, McPherson said that she is looking for continued progress as she begins the road towards the World Athletics Championships this summer.

“It was windy today, I came second. I’m disappointed with myself, but it is a good start. I hope to improve as the season progresses and I hope to perform well in the World Athletics Championships in Eugene,” McPherson said.

In the women’s 100m hurdles, Britany Anderson was edged out by American World record holder Kendra Harrison who won the event in 12.43 seconds. Anderson clocked a season’s best of 12.44 to tie with Tobi Amusan of Nigeria for second place. Olympic bronze medallist Megan Tapper clipped the first hurdle on her way to finishing eighth in 12.92.

Meanwhile, Tokyo Olympic Games 400m hurdles finalist Jaheel Hyde opened his season at the event, clocking 50.23 seconds to finish fifth. The event was won by Brazil’s Alison dos Santos in a new meet record and world-leading time of 47.24. Olympic and World Championships silver medallist Rai Benjamin of the United States was second in 47.49 while Thomas Barr of Ireland was third in 49.67.

World championship shot put silver medallist Danniel Thomas-Dodd finished fifth place in the women’s shot put with a best of 18.71m. The event was won by Chase Ealey of the United States with a throw of 19.51m while Maggie Ewen (19.32m) and Jessica Ramsey (18.99m) completed an American sweep of the top three spots.

The Diamond League will shift to Birmingham, England, on May 21 for the British Grand Prix.