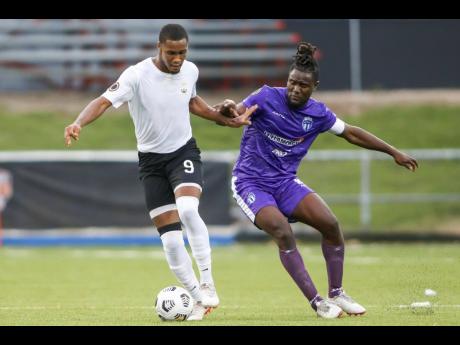 CAVALIER SC were on the losing end of a back-and-forth contest in their opening Concacaf Caribbean Club Championship game against Violette AC inside the Estadio Cibao in Santiago de los Caballeros, Dominican Republic, last night.

The Jamaican champions would end up 3-2 losers against the Haitian outfit, who opened their Caribbean Club Championship game with a 3-0 loss against home team, Cibao.

Though it was the Jamaicans who opened the scoring in the third minute of play through a Ronaldo Webster effort, they would go into the half-time break trailing after Elyvens Dejean equalised for the Haitian outfit in the 25th minute before Kerlins Georges made it 2-1 seven minutes into time added on.

In total, the game would include more than 10 and a half minutes of added time.

At 2-1 down, Cavalier would not go away with Webster’s second goal of the night in the 63rd minute, restoring parity.

But there was to be another twist, with Dejean breaking the heart of the Jamaicans in the 71st with his own brace.

The result means that Cavalier are at the bottom of the three-team Group A without a point while Cibao and Violette have three points each. Violette lie in second, having played an extra game and having a minus two goal difference. Cibao, on the other hand, have only played their opening fixture and have a goal difference of plus three.

Cavalier will next face Cibao on Tuesday at 4 p.m. at the Estadio Cibao.