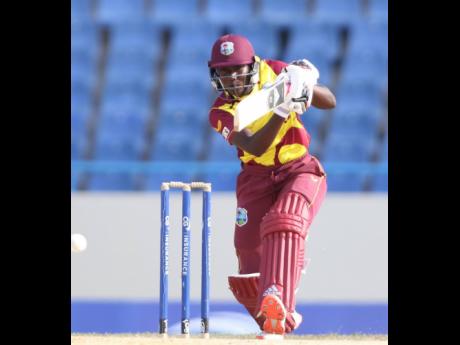 The level-headed right-hander stroked an unbeaten 34 off 30 deliveries as Tornadoes chased down a target of 152 with five balls to spare.

Taylor, the Tornadoes skipper, had earlier sent down four controlled overs of off-spin to help restrict Falcons to 151 for four from their 20 overs after they were sent in.

The innings was going nowhere at 59 for four in the 10th over before South Africa right-hander Marizanne Kapp arrived at six to lash a pulsating 67 from 32 deliveries, including half-dozen fours and a brace of sixes.

She put on a crucial 92 in an unbroken fifth-wicket stand with Hong Kong’s Mariko Hill, who struck 30 not out off 34 deliveries, in a supporting role.

In reply, Tornadoes were in control from the outset, Devine and Kalis extending their excellent form to post 76 off 56 balls for the first wicket.

Devine counted four fours and three sixes before perishing in the 10th over, but Taylor, who punched two fours and a six, then combined with Kalis in a 50-run, second-wicket stand to keep the run chase on course.