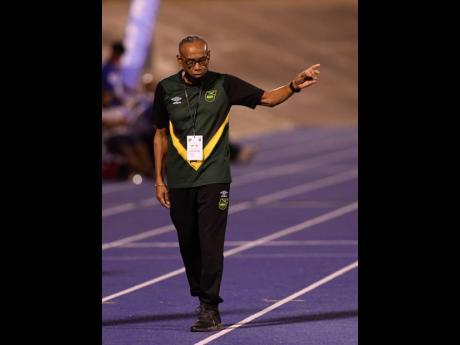 Blaine’s job came under scrutiny recently after 20 members of the Reggae Girlz squad signed a letter to Jamaica Football Federation (JFF) president Michael Ricketts demanding that he be replaced because of concerns regarding coaching, communication and organisation.

Last week the JFF board said investigations found insufficient evidence to warrant any dismissal and accepted its technical committee’s recommendation to retain Blaine and his technical staff.

During his time in charge, he led the Girlz to four straight victories in Group C of the Concacaf women’s qualifying, scoring 24 goals and conceding just two.

The JFF has accepted Blaine's resignation, saying, it wished him all the very best.

“... the Jamaica Football Federation would like to express sincere thanks and appreciation for the work that coach Vin Blaine has done with the Senior Women’s National Team,” read the statement in part.

“We hoped that the relationship shared with the Federation would not end this abruptly, but we appreciate his take on the situation at hand.”

The Reggae Girlz will next play in the Concacaf Women’s Championship, July 4-18, in Mexico.