Cavalier give up two-goal lead, crash out of CCC 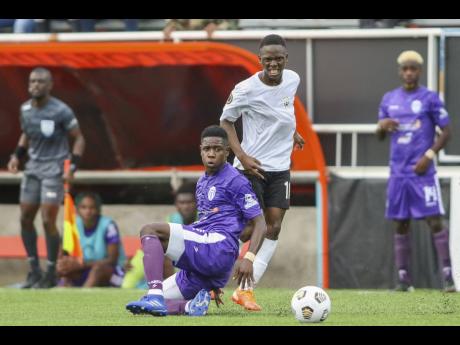 CAVALIER SC will take no further part in this season’s Concacaf Caribbean Club Championships after giving up a two-goal lead against the Dominican Republic’s Cibao FC inside the Estadio Cibao in Santiago de los Caballeros last evening.

Cavalier got their goals courtesy of a Dwayne Atkinson brace in the 29th and 63rd minutes of play. Atkinson’s brace was split by Oscar Florencio 37th-minute own goal.

However, Cibao would end the group stage undefeated after roaring into life in the second half, getting goals from Juan David Díaz in the 52nd minute, Dairin González in the 68th and Eric Paniagua in the 74th.

Cavalier also had to make do with 10 men after Jeovanni Laing was shown the red card after a second bookable offence in the 67th minute, just a minute before González got on to the scoresheet for the home team.

The result meant Cavalier, who were on Sunday, bested by Haiti’s Violette FC, 3-2, finished the group stage of the championships in last place with one point, while Cibao, with four, and Violette, with three, advanced.

The other Jamaican team in the group, Waterhouse, already qualified after their opening round 2-0 win over Haiti’s Arcahaie, had to go through a tough 0-0 result against Dominican Republic outfit, Atlético Vega Real.

That result meant Waterhouse qualified for the semi-finals of the competition as the top team in the group, amassing four points, the same as Vega Real, but with a better goal difference.